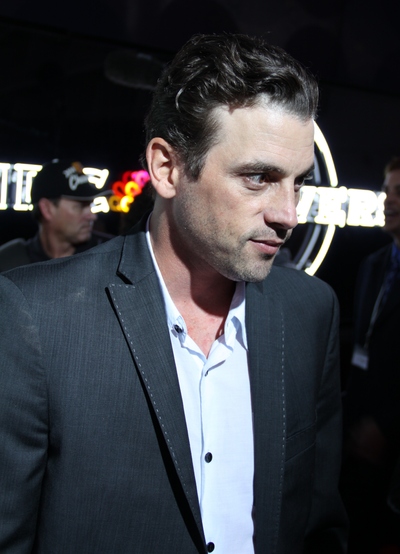 Skeet Ulrich (born Bryan Ray Trout; January 20, 1970) is an American actor best known for his roles as Jake Green in the CBS drama Jericho, Billy Loomis in Scream, Chris Hooker in The Craft, and Billy Raedeen in Nobody's Baby. He established a cult following for starring in the cult ABC drama Miracles.

Ulrich was born Bryan Ray Trout in Lynchburg, Virginia and was raised in Concord, North Carolina, by his mother, Carolyn Elaine Wax (née Rudd), who owns the special-events marketing agency Sports Management Group. Ulrich's father is a restaurateur, and his first stepfather was former NASCAR driver and team owner D. K. Ulrich. His mother has since remarried to Edward Lewis Wax. Ulrich's uncle (his mother's brother) is retired NASCARS print Cup driver Ricky Rudd, and his maternal grandfather was Alvin Ray Rudd, Sr., the president of Al Rudd Auto Parts. The nickname "Skeet" originated from the nickname "Skeeter" he was given by his Little League coach because of his small stature. Along with his slight frame, he had poor health, including numerous bouts with pneumonia; he underwent open heart surgery at the age of 10. Ulrich graduated from Northwest Cabarrus High School. After enrolling at the University of North Carolina at Wilmington to study Marine Biology, he switched to New York University, where he was noticed by playwright David Mamet.

In his earliest screen appearances, he was an uncredited extra in films Weekend at Bernie's and Teenage Mutant Ninja Turtles. After joining the Atlantic Theater Company as an apprentice, Ulrich performed with the group, which got him noticed yet again, this time by director Stacy Cochran. She cast him in a CBS School Break Special. With her help he also received his first notable role on screen in 1996 as the loutish boyfriend of Winona Ryder in Boys. That same year he appeared in The Craft opposite Robin Tunney and Neve Campbell. He got his best known role that same year starring alongside Neve Campbell again in Wes Craven's hit slasher film Scream.

In 1997, Ulrich married English actress Georgina Cates, whom he met at an Academy Award party. Their wedding was a small ceremony held on their farmland in Madison County, Virginia, with the only guests being the preacher and their canine companions. Together, they have twins, son Jakob Dylan and daughter Naiia Rose, born in 2001. Skeet and Georgina divorced in 2005, citing irreconcilable differences.