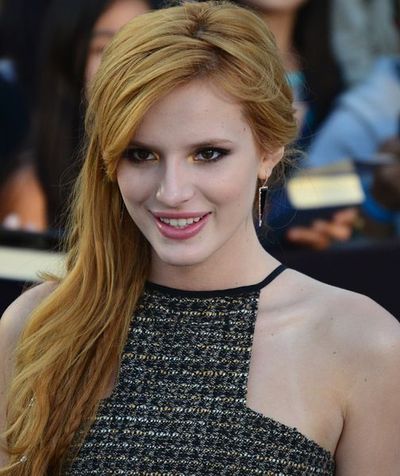 Annabella Avery "Bella" Thorne (born October 8, 1997) is an American teen actress, singer, model and dancer. She is best known for her role as Ruthy Spivey in the TV series My Own Worst Enemy, as Tancy Henrickson in the fourth season of Big Love and as CeCe Jones on the Disney Channel original series Shake It Up. She was also in the 2014 film Blended as Hilary "Larry", alongside Drew Barrymore and Adam Sandler.

Bella Thorne was born on October 8, 1997, in Pembroke Pines, Florida. She is the youngest of four children who are also actors. Her father, Reinaldo, was of Cuban descent, and Thorne has stated that she also has Italian and Irish ancestry. She enjoyed a career as a child model.

Thorne's first film appearance was an uncredited role as a sidelines fan in the 2003 film Stuck on You. She has since appeared in film and television projects including Jimmy Kimmel Live!, Entourage, The O.C. (as a younger version of Taylor Townsend), the third-last episode of October Road (as Angela Ferilli, the pre-adolescence crush of the main characters; her older brother Remy also guest-starred in the same episode as a younger Eddie Latekka), and five episodes of Dirty Sexy Money (as Margaux Darling). In 2007 Thorne appeared as a young girl plagued by supernatural visions in The Seer. In 2008, Thorne starred alongside Christian Slater and Taylor Lautner in the short-lived drama series My Own Worst Enemy, for which she won a Young Artist's Award for her portrayal of the character Ruthy Spivey; Thorne described her Enemy casting as a major breakthrough as this was the first recurring role in her career.

She then appeared in the ten-episode web series Little Monk, which depicted characters from the series Monkas children. In 2009, she filled the role of the vengeful antagonist in the horror film Forget Me Not. In addition, Thorne took on a supporting role in the family drama Raspberry Magic, the movie premiered at the Cinequest Film Festival and the San Francisco International Asian American Film Festival in 2010.

Thorne starring as co-star on the Disney Channel sitcom Shake It Up, (originally titled Dance, Dance Chicago). Thorne plays CeCe Jones, a dancer with heavy ambitions for a career in the spotlight despite having dyslexia. The show is a buddy comedy centered around a teen dance show (in a show-within-a-show format) co-starring Thorne and Zendaya. The multi-camera series began production in Hollywood, California, in July 2010 and premiered on November 7, 2010 on Disney Channel. While she had a substantial portfolio of work in television and film, Thorne had no experience in professional dancing before being cast. After signing onto the show in October 2009, she began taking three dance classes every night. In 2010, Thorne replaced Jolean Wejbe as Tancy ("Teenie") Henrickson, Bill and Barb's younger daughter in Season 4 of HBO's Big Love. Thorne's first single with Zendaya, Watch Me was released on June 21, reaching 86 on the US Billboard Hot 100charts., 9 on the US Top Heatseekers charts and earning RIAA: Gold.

Originally from Pembroke Pines, Florida, Thorne has been living with her family in California since early 2006. Her interests include dancing, playing soccer, spending time with her family and playing with her two dogs, a Cocker Spaniel and a wolf hybrid, six cats and a turtle. She also admits to being a collector of hardcover books, listening to 1980s music, and using YouTube as a research tool for getting into character. Thorne is an avid supporter of the Humane Society, the Cystic Fibrosis Foundation, and The Nomad Organization, which provides education, food and medical supplies to children in Africa. Thorne lost her father to a vehicle accident in 2007. Thorne disclosed her father's death in a live interview on the local television talk show View from the Bay in December 2008.

Thorne was diagnosed with dyslexia in the first grade. She is currently being home-schooled after previously attending a public school, where she had suffered peer abuse. Thorne improved in her learning after attending a Sylvan Learning center and is currently reading and writing a grade ahead. Thorne also talked about her dyslexia in an April 2010 interview with American Cheerleader Magazine, and explained that she overcame her dyslexia by rigorously reading everything she could find, including the labels of cereal boxes. 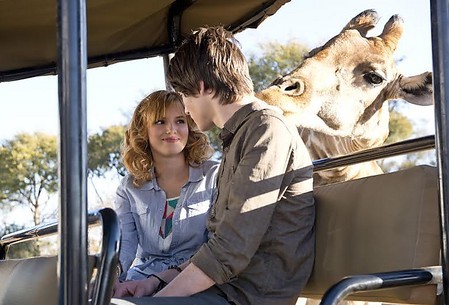 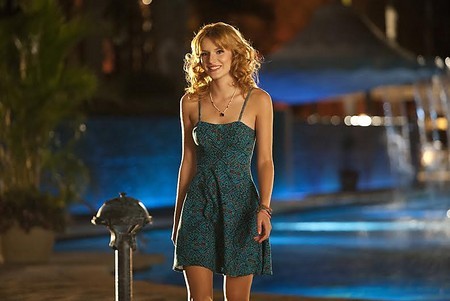 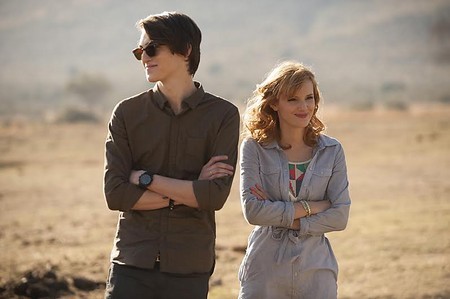