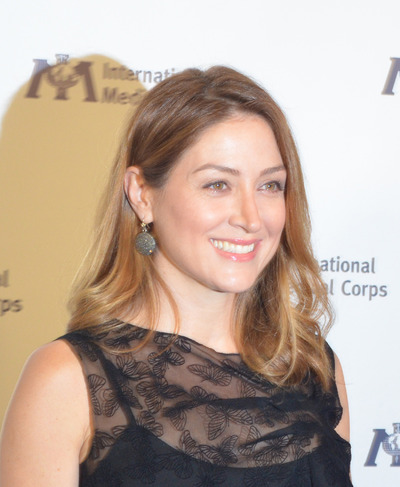 Sasha Alexander (born Suzana Drobnjaković; May 17, 1973) is an American actress.

She played the role of Gretchen Witter, the sister of Pacey Witter, on Dawson's Creek, Lucy in Yes Man (2008); and Catherine in He's Just Not That Into You (2009). Alexander also acted as former Secret Service/NCIS Special Agent Kate Todd for the first two seasons of NCIS.

She currently stars as The Chief Medical Examiner of the Commonwealth of Massachusets Maura Isles on the Turner Network Television series Rizzoli & Isles.

Sasha Alexander was born Suzana S. Drobnjaković in Los Angeles, California, to a Serbian mother and Italian father. She began acting in school productions in the seventh grade. She also was an ice skater, but had to stop due to a knee injury. She continued acting through high school and college, and then moved to New York to act in summer stock and Shakespeare festivals. She graduated from the University of Southern California's School of Cinema-Television, where she was a member of the sorority Kappa Alpha Theta, before going on to have a successful acting career in both TV and film.

Alexander got her start on two short-lived series: the medical drama Presidio Med and ABC's twenty-something drama Wasteland. She achieved widespread media attention and critical praise when she appeared on the fourth season of Dawson's Creek as Gretchen Witter, dating the title character, and in an episode of the short-lived Fox comedy series Greg the Bunny, in which she played the part of a lesbian TV Guide reporter and shared an onscreen kiss with Sarah Silverman. Alexander has also appeared in the films Lucky 13, and All Over the Guy as well as He's Just Not That Into You, the independent movie The Last Lullaby, and Yes Man starring Jim Carrey.