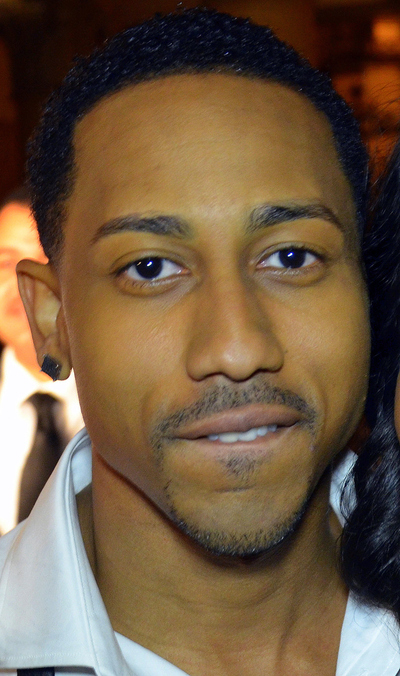 Brandon Timothy Jackson (born March 7, 1984) is an American stand-up comedian, rapper, actor, and writer. He is best known for his roles in the films Roll Bounce, Tropic Thunder, Percy Jackson & the Olympians: The Lightning Thief, Lottery Ticket, and Big Mommas: Like Father, Like Son.

Jackson, one of nine children, was born Brandon Timothy Jackson in Detroit, Michigan. His mother, Beverly Yvonne, is a pastor. His father, Bishop Wayne Timothy Jackson, is the senior pastor of Great Faith Ministries International, and author of the book Miracles Do Happen: The Power And Place Of Miracles As A Sign To The World. His maternal grandfather, Royal Titus Bozeman, was a Pentecostal child preacher named a "Boy Wonder" by Indiana newspapers. Jackson now lives in Atlanta, Georgia.

Jackson attended West Bloomfield High School. After graduation, he moved to Los Angeles to pursue stand-up comedy and started at the Laugh Factory, as well as opened for Wayne Brady and Chris Tucker. His role as "Junior" in the film Roll Bounce won him the 2006 Black Reel Award for Breakthrough Performance. He hosted one episode of the Brandon T. Jackson Show on The N channel. In 2006, Jackson hosted the "Up Close and Personal Tour," featuring Chris Brown, Ne-Yo,Lil Wayne, Juelz Santana and Dem Franchize Boyz. He starred on the show Wild 'N Out with Nick Cannon, and in the films Tropic Thunder, as Alpa Chino, Percy Jackson, as Grover Underwood and Lottery Ticket as Benny. He also played 17-year-old Trent Pierce in Big Mommas: Like Father, Like Son (the sequel to Big Momma's House 2). He also had a cameo in 'The Glee Project' season 2 video 'Here I Go Again' and can be seen when Maxfield gives him a flyer. In 2013, he starred as Axel Foley's son in a Beverly Hills Cop TV show on CBS.