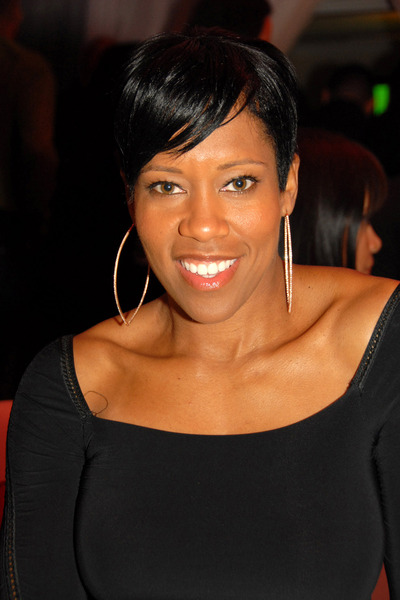 Regina King (born January 15, 1971) is an American film and television actress. She is known for her role as Brenda Jenkins, the daughter of Mary and Lester Jenkins on the NBC sitcom, 227, and for her critically acclaimed supporting role in the feature film Jerry Maguire. She is also known for voicing the lead characters of the animated series The Boondocks. King starred in the television series Southland in the role of Detective Lydia Adams until 2013.

King was born in Los Angeles, California, the daughter of Gloria, a special education teacher, and Thomas King, an electrician. The two divorced in 1979. She is the older sister of actress Reina King. Regina and Reina mean "queen" in Italian/Latin and Spanish, respectively. King attended Westchester High School and the University of Southern California.

King began her acting career in 1985 playing the role of Brenda Jenkins on the television series 227, a role she played until the show ended in 1990. She went on to appear in the John Singleton films Boyz n the Hood, Poetic Justice and Higher Learning. In 1995, she was featured in the hit comedy film Friday. In 1996, she gained fame starring in the blockbuster romantic comedy film Jerry Maguire, with Tom Cruise and Cuba Gooding, Jr. This film brought King mainstream recognition in her role as Marcee Tidwell, the wife of Cuba Gooding Jr.’s character.

Soon thereafter she played Will Smith's wife in the spy thriller Enemy of the State, and was also featured in How Stella Got Her Groove Back and Disney's remake Mighty Joe Young. She continued playing feature roles in a variety of films, including Down to Earth, with Chris Rock; Daddy Day Care, with Golden Globe winner Eddie Murphy; Legally Blonde 2: Red, White & Blonde, with Reese Witherspoon and Sally Field; and A Cinderella Story, with Hilary Duff and Jennifer Coolidge.