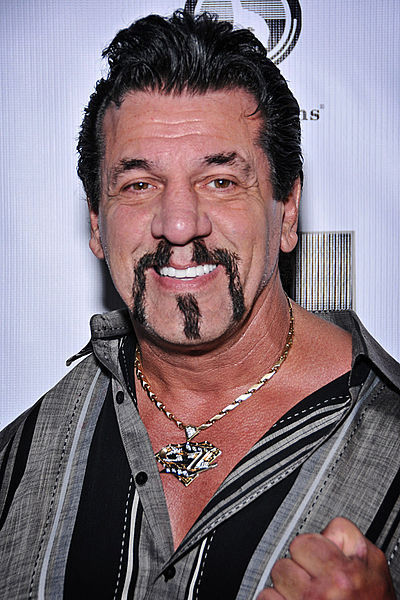 Zito was born in New York, the 2nd of three children to Charles Zito, Sr. and Gloria Frangione. The son of a professional welterweight boxer, Zito was taught at an early age how to fight and defend himself. At the age of seventeen, Zito dropped out and married his high school sweetheart, Kathy. His involvement with the Hells Angels motorcycle club eventually led to their divorce.

A motorcycle lover, Zito established the New Rochelle Motorcycle Club which later merged with the Ching-a-Ling Nomads. Zito would later leave the Nomads and join the Hells Angels. In 1984, Zito helped establish the Hells Angels New York Nomad Chapter, and became the chapter's president. In 2005, Zito left the Hells Angels, after twenty-five years, to focus on his acting career.

Following in his father's footsteps, Zito became an amateur boxer and fought in New York Golden Gloves while working manual labor. In 1980, after assisting the bodyguards of actor Robert Conrad at a motorcycle convention, Zito began his own bodyguard agency. Named Charlie's Angels Bodyguard Services, Zito initially provided protection for actress Lorna Luft and later was hired by her half-sister Liza Minnelli. The actress recommended Zito's service to her plethora of celebrity acquaintances, allowing Zito to quickly develop contacts throughout Hollywood.

Parlaying his connection, Zito began a career as a stuntman working on films such as Year of the Dragon, Hudson Hawkand The Rock. In 1996, after a meeting with producer Tom Fontana, Zito joined the HBO prison drama Oz as Italian wise guy Chucky Pancamo. Over the years Zito has alternated with stunt work and acting with credits for stunt work in films like Fifteen Minutes and acting roles in the film This Thing of Ours.

In 2010, Chuck Zito filed a $5 million lawsuit against the cable network FX, alleging that he had a development meeting with them in 2006 and he pitched the idea of an outlaw motorcycle group. He alleges that FX blew him off and then stole his idea, which became the FX show Sons of Anarchy. Chuck Zito appeared in Season 5 of the show Sons of Anarchy. He also appeared in show creator Kurt Sutter's Discovery Channel documentary series, Outlaw Empires. In 2013 Zito competed on Food Network Television's Chopped along with NASCAR's Danica Patrick, former NFLer Tiki Barber and Olympic Champion Natalie Coughlin.