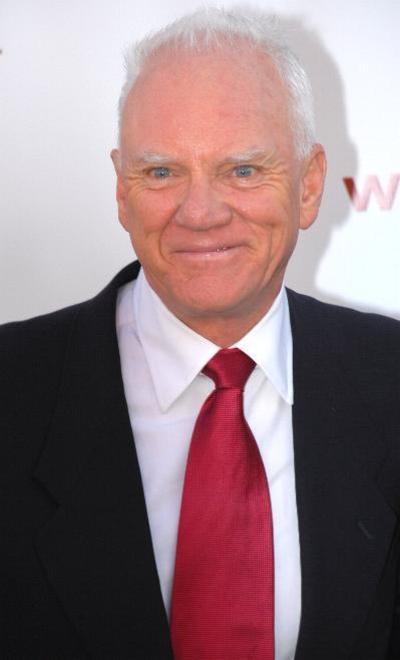 McDowell is known for the controversial films If...., O Lucky Man!, Caligula and A Clockwork Orange, for which he was nominated for a Golden Globe for his portrayal of Alex DeLarge. Since then, his versatility as an actor has led to varied roles in films and television series of different genres, including The Employer, Tank Girl, Franklin and Bash, Star Trek Generations, the television series Our Friends in the North, Entourage, Heroes, Metalocalypse, the animated film Bolt, and the 2007 remake of Halloween. He also appeared in the music video for the 2009 Slipknot song Snuff. He also narrated the 1982 documentary The Compleat Beatles.

McDowell was born Malcolm John Taylor in Horsforth, in the West Riding of Yorkshire. He is the son of Edna (née McDowell), a hotelier, and Charles Taylor, a publican. His family later moved to Bridlington, since his father was in the Royal Air Force. McDowell trained as an actor at the London Academy of Music and Dramatic Art (LAMDA). Malcolm is the oldest of 3 siblings, including 2 sisters, Gloria and Judy.

McDowell began his professional life serving drinks in his parents' pub and then as a coffee salesman (the latter job providing inspiration for the film O Lucky Man!). While enrolled in Cannock House School, he began taking acting classes, and eventually secured work as an extra with the Royal Shakespeare Company. McDowell made his screen debut as school rebel Mick Travis in If.... (1968) by British director Lindsay Anderson. This was followed by Figures in a Landscape (1970) and The Raging Moon (1971). His performance in If.... caught the attention of Stanley Kubrick, who cast McDowell as the lead in A Clockwork Orange, adapted from the novel by Anthony Burgess. He won great acclaim (nominated for a Golden Globe, as well as a National Society of Film Critics nomination, and a New York Film Critics Circle nomination in the Best Actor category) as Alex, a young hoodlum brainwashed by adystopian British government of the near future.

McDowell's first wife (1975–80) was extra Margot Bennett. His second wife (1980–90) was actress Mary Steenburgen, whom he met and fell in love with while filming Time After Time, with whom he has two children: Lilly Amanda (b. 21 January 1981) and Charles Malcolm (b. 10 July 1983). They divorced in 1990. His third wife (1991–present) is Kelley Kuhr, 24 years his junior, with whom he has three children: Beckett Taylor (b. 29 January 2004), Finnian Anderson (b. 23 December 2006), and Seamus Hudson (born 7 January 2009). He is the maternal uncle of actor Alexander Siddig, who has appeared in Star Trek: Deep Space Nine, Kingdom of Heaven, Syriana, 24, and the fourth season of the ITV series Primeval. He and his nephew both appeared in the film Doomsday by director Neil Marshall. The McDowells currently live in Ojai, California.

He became a grandfather in January 2012 when daughter Lilly McDowell Walton gave birth to a girl, Clementine Mae.