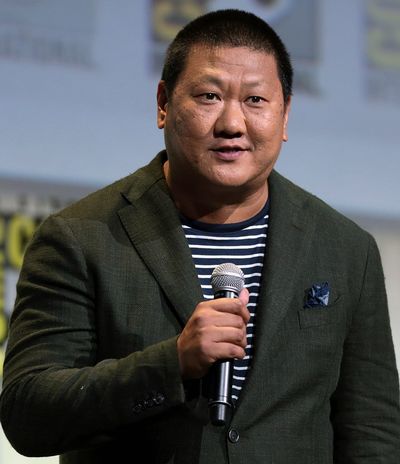 Benedict Wong (born 3 July 1971) is a British actor who is best known for portraying Kublai Khan in Netflix's Marco Polo (2014), Bruce Ng in The Martian (2015), Pete Cheng in the BBC One programme State of Play and ship pilot Ravel in Prometheus (2012). Wong has had an illustrious career not only on film and television, but also on stage as well. He is expected to appear as Wong in Marvel's film adaptation of Doctor Strange (2016).

Wong was born in Eccles, Greater Manchester, north-west England, to parents who had emigrated from Hong Kong to the UK via Ireland. He was brought up in Salford.

He took a two-year performing arts course at Salford City College, and, while there, worked as an usher at Manchester’s now defunct Green Room Theatre.

His first role was in a 1993 BBC Radio play called Kai Mei Sauce, written by Kevin Wong. He appeared alongside Sean Lock in the situation comedy 15 Storeys High, and as Dr. Franklin Fu in the second series of Look Around You.

In 2007, Wong starred in the feature film Grow Your Own.

Wong went on to appear in the second episode of Series 4 of the Channel 4 comedy The IT Crowd, playing the character Prime, a previous Countdown contestant who had won the sixteenth Countdown teapot when he was known as Harold Tong. Wong also appeared in the movie Shanghai playing the character Juso Kita and the BBC series Spirit Warriors in the role of Li.

In 2012, Wong appeared in the highly anticipated film Prometheus.

Also in 2013, Wong played the role of gangster Lau in the BBC Two comedy-drama The Wrong Mans.

In 2014, Wong played the role of Kublai Khan in the Netflix series Marco Polo, which on 7 January 2015 was renewed by Netflix for a 10-episode second series.

The next year, he appeared in another Ridley Scott science fiction film, playing Bruce Ng in The Martian. In 2016, he joined the cast of the superhero film Doctor Strange.

Benedict Wong plays the role of Wong in Doctor Strange in The Multiverse of Madness.