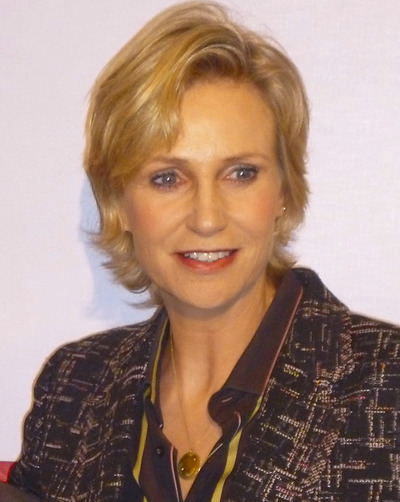 She gained fame in Christopher Guest's improv mockumentary pictures such as Best in Show. Notable awards she has won for Glee include the Screen Actors Guild Award for Outstanding Performance by an Ensemble in a Comedy Series,TCA Award for Individual Achievement in Comedy, Satellite Award for Best Supporting Actress - Series, Miniseries, or Television Film, and the People's Choice Award for Favorite TV Comedy Actress. Her television cameos include an appearance in the Nickelodeon situation comedy iCarly and the Showtime dark comedy series Weeds. Lynch had a recurring role in the Warner Bros.situation comedy Two and a Half Men and also has had notable roles in numerous mainstream comedies, such as Talladega Nights: The Ballad of Ricky Bobby, The 40-Year-Old Virgin, Role Models, and The Three Stooges.

Lynch was born and raised in Dolton, Illinois, the daughter of a homemaker-secretary mother, Eileen (née Carney), and a banker father, Frank Lynch. Her father was of Irish descent and her mother was of Irish and Swedish ancestry. She was raised in a Catholic family and attended Thornridge High School. She received her bachelor's degree in theater from Illinois State University and her MFA in theater from Cornell University.

Lynch spent fifteen years in Chicago, acting in the Steppenwolf Theatre Company, and, at the time of her audition, was one of only two women picked to join The Second City comedy troupe. She then continued to hone her comical and improvisational skills at Annoyance Theater, playing Carol Brady in the theater's The Real Live Brady Bunch. Andy Richter played Mike Brady in the New York shows. He and Lynch became very good friends.

Lynch got her start in films in 1988, playing a small role in the film Vice Versa. In 1993, she had a secondary role as a doctor alongside Harrison Ford in The Fugitive.

Beginning 2009, Lynch appeared on the Fox series Glee. The role echoed previous guest appearances in the X-files and Veronica Mars, being her third time cast as a harsh high school teacher. She won glowing reviews for her role as the aggressive cheerleading coach Sue Sylvester. Mary McNamara of the LA Times wrote, "Lynch alone makes Glee worth watching."

Lynch is openly lesbian; in 2005, she was named one of Power Up's "10 Amazing Gay Women in Showbiz." In 2010, Lynch married clinical psychologist Lara Embry, Ph.D. On June 10, 2013, Lynch announced they were divorcing. She also follows a vegan diet.