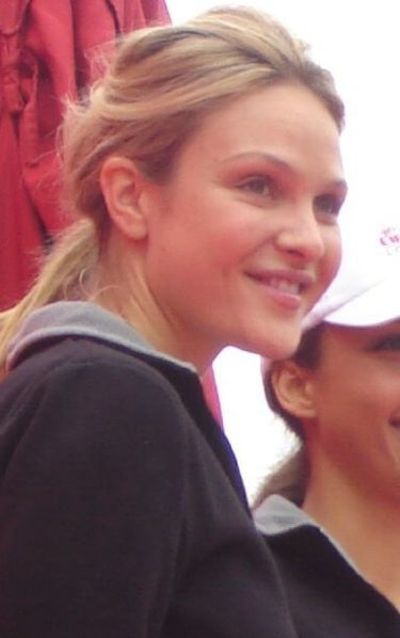 Garrett was born in Los Angeles, California, and grew up in Topanga, California.

She was first hired by GUESS in the late 1990s. She is currently a spokesmodel for Revlon cosmetics, along with Halle Berry, Jessica Biel, Jennifer Connelly and Jessica Alba, and has also modeled for Double D Ranch and CosmoGirl. She is signed to Vision Model Management L.A.

Garrett was the female lead in a music video for the song "Cold" by the band Crossfade. She starred in the horror film Turistas (2006) after beginning her career with three appearances on television episodes including a pilot, as well as appearances on Entourage. She also appeared as Frankie Raye in Fantastic Four: Rise of the Silver Surfer, the sequel to Fantastic Four.

In the spring of 2009, she filmed the 2010 movie Tron: Legacy in Vancouver, British Columbia, with her Turistas co-star Olivia Wilde. In 2010, Garrett also starred on the Season 6 House episode "Remorse", again with Wilde.