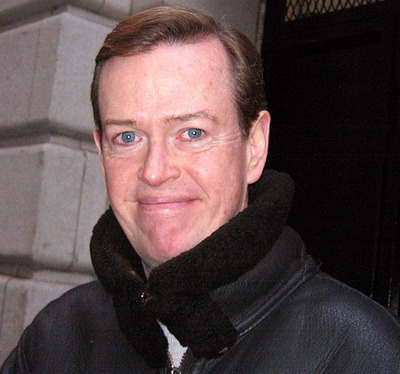 Dylan Baker (born October 7, 1959) is an American actor, known for playing supporting roles in both major studio and independent films.

Baker was born in Syracuse, New York, but was raised in Lynchburg, Virginia. He began his career as a teenager in regional theater productions. He attended Holy Cross Regional Catholic School and then went on to attend Darlington School and finally graduated from the Georgetown Preparatory School in 1976. He attended the College of William and Mary in Virginia and later graduated from Southern Methodist University in 1980. Baker then received a Masters in Fine Arts from the Yale School of Drama, where he studied alongside Chris Noth and Patricia Clarkson.

Baker's Broadway theatre credits include Eastern Standard, La Bête, Mauritius, and God of Carnage. He won an Obie Award in 1986 for his performance in the off-Broadway play Not About Heroes.

The next year, he made his motion picture debut in the 1987 film Planes, Trains and Automobiles.

Baker's first recurring TV role was on Steven Bochco's highly acclaimed Murder One. Since then, he has appeared in such TV series as Northern Exposure, Law & Order, Law & Order: Criminal Intent, Without a Trace, CSI: Crime Scene Investigation, The West Wing, and the short-lived sitcom The Pitts.

In 1990, he married actress Becky Gelke, now known professionally as Becky Ann Baker. They have a daughter, Willa, and reside in New York City.