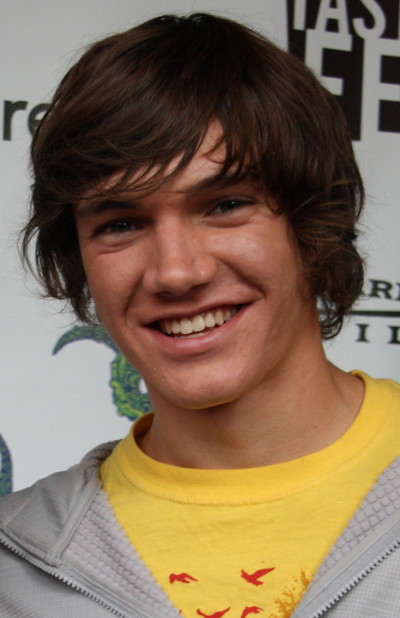 Chris Massoglia was born in Minneapolis, Minnesota, to Christopher and Karen Massoglia. His father is a chiropractor and his mother a homemaker. His parents are devout Christians and Republicans, and Massoglia grew up a fan of Christian pop music (as well as unable to listen to rap music). Gifted with an above-average intelligence, Massoglia was home schooled by his mother. While his peers were taking third grade-level subjects, Massoglia was taking eighth grade-level courses. By the age of 13, he had enrolled in an online university where his course work included developmental psychology, Biblical studies, algebra, and American history. He also had studied jujitsu, played piano, trained as a hip-hop dancer, knew American sign language, and rode horses. He was also a stand-out Little League Baseball player. The Massoglia family has, as of 2009, refused to move to Hollywood, preferring to maintain a home in Minneapolis despite the extensive travel for Chris that this requires.

He began attending acting workshops at a dancing academy in his home town of Minneapolis while in middle school, and auditioning for television commercials by creating home-made audition tapes. His first jobs included commercials for Target, Marshall Field's, PepsiCo, and Best Buy.

He began acting in 2003 under the name "Chris Kelly" (sometimes appearing as "Chris J. Kelly") in an episode of the television program Law & Order: Criminal Intent. The same year, he was considered for the part of 10-year-old Sean in the Nicole Kidman film Birth, but the family refused to allow him to appear naked on screen with a nude, grown woman.

He auditioned for Spider-Man 2, getting far enough in the casting process to spend an afternoon with Tobey Maguire, but was not cast.

He made his feature film acting debut in 2007 in the motion picture A Plumm Summer, but his most prominent role as of 2009 was as "Darren Shan" in the 2009 film Cirque du Freak: The Vampire's Assistant.