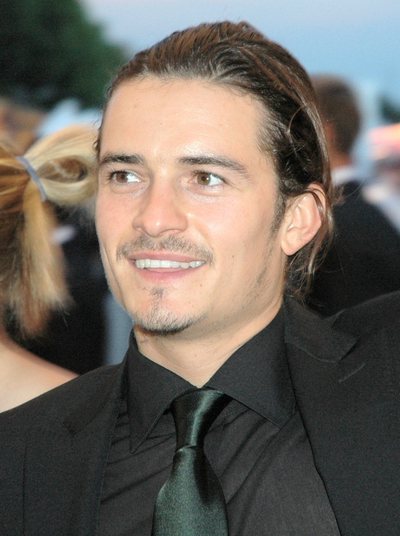 Orlando Jonathan Blanchard Bloom (born 13 January 1977) is an English actor. He had his break-through roles in 2001 as the elf-prince Legolas in The Lord of the Rings and in 2003 as blacksmith Will Turner in the Pirates of the Caribbean film series. He subsequently established himself as a lead in Hollywood films, including Elizabethtown and Kingdom of Heaven. He appeared in the ensemble films Troy; New York, I Love You; Sympathy for Delicious; and Main Street. Bloom made his professional stage debut in West End's In Celebration at the Duke of York's Theatre, St. Martin's Lane, which ended its run on 15 September 2007. On 12 October 2009, Bloom was named a UNICEF Goodwill Ambassador. Bloom is married to Australian model Miranda Kerr.

Orlando Bloom was born in Canterbury, Kent, England, and has one sister, Samantha Bloom, who was born in 1975.

His mother, Sonia Constance Josephine (née Copeland), was born in the British section of Kolkata, India, the daughter of Betty Constance Josephine Walker and Francis John Copeland, who was a physician and surgeon. Through her, Bloom is a cousin of photographer Sebastian Copeland. Bloom's maternal grandmother's family lived in Tasmania, Australia, Japan, and India, and were of English descent, some of them having originally come from Kent. During his childhood, Bloom was told that his father was his mother's husband, Jewish South African-born anti-Apartheid novelist Harry Saul Bloom; however, when he was thirteen (nine years after Harry's death), Bloom's mother revealed to him that his biological father was actually Colin Stone, his mother's partner and family friend. Stone, the principal of the Concorde International language school, was made Orlando Bloom's legal guardian after Harry Bloom's death. Bloom is named after the 16th century composer Orlando Gibbons.

Bloom was raised in the Church of England. As a child, he managed to get through The King's School Canterbury and St Edmund's School in Canterbury despite his dyslexia. He was encouraged by his mother to take art and drama classes. In 1993, he moved to London to follow a two year A Level course in Drama, Photography and Sculpture at Fine Arts College, Hampstead. He then joined the National Isa Youth Theatre, spending two seasons there and earning a scholarship to train at the British American Drama Academy. Bloom began acting professionally with television roles in episodes of Casualty and Midsomer Murders, and subsequently made his film debut in Wilde (1997), opposite Stephen Fry, before entering the Guildhall School of Music and Drama in London, where he studied acting.

Bloom met American actress Kate Bosworth outside a coffee shop in 2002, where he was introduced to her by a mutual friend. He met her again at the premiere of The Lord of the Rings: The Two Towers later that year. The two had an "on-and-off relationship" from 2002 until splitting up in September 2006.

In late 2007, Bloom began dating Australian model Miranda Kerr. The couple's engagement was announced on 21 June 2010. Kerr released a statement on 22 July 2010 announcing that she and Bloom had married in "an intimate ceremony." On 19 August 2010, Kerr announced that she was four months pregnant with the couple's first baby, later revealed to be a boy. Their son Flynn Christopher Blanchard Copeland Bloom was born on 6 January 2011 in Los Angeles.