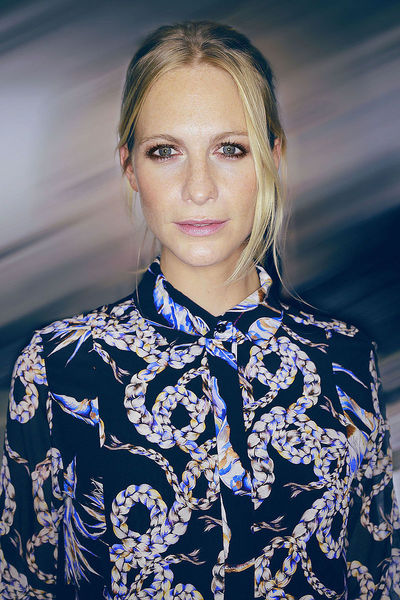 Poppy Angela Delevingne (born 3 May 1986) is an English model and actress.

Delevingne was born on 3 May 1986, in London, one of three daughters of property developer Charles Hamar Delevingne and Pandora Anne Delevingne (née Stevens). She grew up in a Belgravia mansion and attended the independent Bedales School. She is the elder sister of model and actress Cara Delevingne.

Delevingne is a muse and friend of Matthew Williamson, and previously shared a New York flat with actress Sienna Miller.

In October 2012, Delevingne became engaged to James Cook, a former model, who works for his family's aerospace company. They were married in May 2014.

Her paternal great-grandfather was the Canadian-born British politician Hamar Greenwood, 1st Viscount Greenwood. Through one of her maternal great-great-grandfathers, Sir Lionel Lawson Faudel Faudel-Phillips, 3rd Baronet, Delevingne descends from the Anglo-Jewish Faudel-Phillips baronets; two of her ancestors on that line served as Lord Mayor of London.

She has modelled for brands such as Shiatzy Chen, Laura Ashley, Anya Hindmarch, Alberta Ferretti and Burberry, has walked the runway for brands including Julien Macdonald, and has worked with photographers such as Terry Richardson. Having caught the eye of designer Marc Jacobs, she became the face of the Louis Vuitton summer 2012 collection.

Delevingne is a Young Ambassador for the British Fashion Council, and a Chanel brand ambassador.

Delevinge will be playing a role in Kingsman: The Golden Circle.