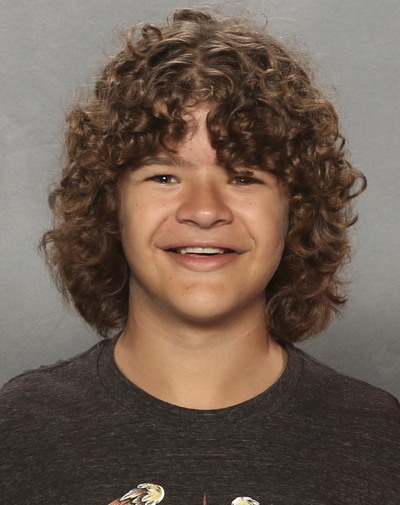 Gaten Matarazzo (born September 8, 2002) is an American actor. He began his career on the Broadway stage as Benjamin in Priscilla, Queen of the Desert, and as Gavroche in Les Misérables. He currently stars as Dustin Henderson in the Netflix drama series Stranger Things. He will return in Season 2.

Matarazzo grew up in Little Egg Harbor Township, New Jersey. Matarazzo has cleidocranial dysplasia, a trait he shares with his Stranger Things character. He uses fake teeth as a result of his condition, and uses his celebrity status to raise awareness about it.