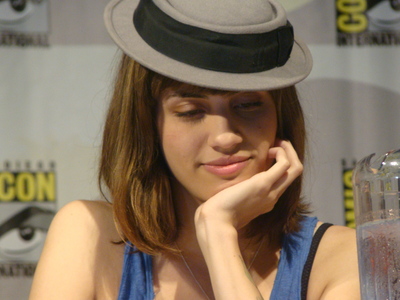 Natalie Morales (born 1985) is an American actress. She starred in the ABC Family television series The Middleman, and had a recurring role on the first season of the USA Network series, White Collar. In 2010, she appeared in the feature films, Wall Street: Money Never Sleeps and Going the Distance, starring Drew Barrymore.

A native of Kendall, Florida, a suburb of Miami, Morales is of Cuban descent. She attended St. Agatha Catholic School while growing up, and then went to Southwest Miami Senior High School. She participated in the University of Miami's Dow Jones Minority High School Journalism Workshop.