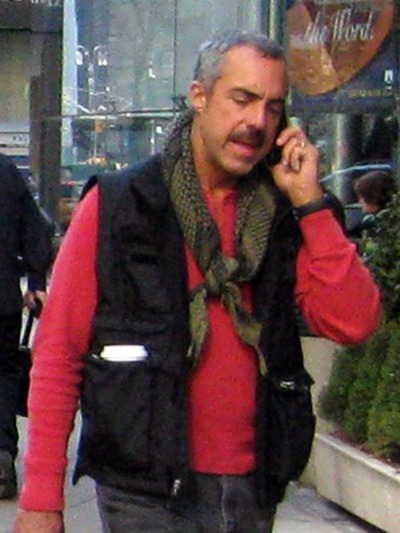 Titus B. Welliver (born March 12, 1961) is an American actor. He is best known for his recurring roles on the television shows Deadwood, Lost, Sons of Anarchy and The Good Wife. His most notable films are Gone Baby Gone and The Town.

Welliver was born in New Haven, Connecticut, the son of Norma Cripps, a fashion illustrator, and the landscape painter Neil Welliver. He studied drama at New York University in the early 1980s, before his film and television career began to take off.

He played Al Capone in the movie Mobsters, had a recurring role as a doctor on the television show NYPD Blue, and was one of the stars of the CBS police drama Brooklyn South. Moreover, Welliver is well-known for playing the semi-regular character Silas Adamson the HBO series Deadwood, as well as for his prominent role as Lionel McCready in Ben Affleck's Gone Baby Gone. He is a longtime friend of actor Laurence Fishburne, with whom he appeared in Fishburne's directorial debut Once in the Life.