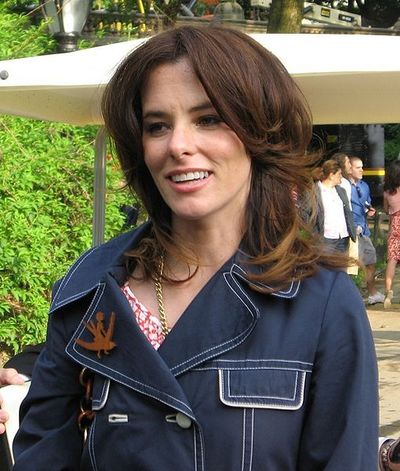 Parker Christian Posey (born November 8, 1968) is an American actress. She became known during the 1990s after a series of roles in independent films that gained her the nickname "Queen of the Indies", and later playing improvisational roles in Christopher Guest's mockumentaries.

Posey was born in Baltimore, Maryland. She is the daughter of Lynda (née Patton), a chef, and Chris Posey, owner of the local Chevrolet dealership. She has a twin brother, Christopher. Posey's first name was a tribute by her father to 1950s model Suzy Parker. After Posey's birth, the family moved to Laurel, Mississippi, where her mother worked as a chef and culinary instructor for the Viking Range Corporation in Greenwood, and her father operated a car dealership, Chris Posey Chevrolet, in Laurel. The family also lived in Monroe, Louisiana. Posey was raised Catholic.

Posey attended the State University of New York at Purchase, where she studied drama and roomed with actresses Sherry Stringfield and Orlagh Cassidy.

Posey got her first break in television with the role of Tess Shelby on the daytime soap opera As the World Turns. Posey's first major role in a feature film was in Dazed and Confused (1993), a cult classic featuring Ben Affleck, Matthew McConaughey, and Jason London.

Throughout the late 1990s, Posey starred in 32 independent films and was nicknamed "Queen of the Indies". These films include Personal Velocity, Basquiat, Clockwatchers, The Daytrippers, Party Girl, and The House of Yes, for which she received positive reviews for her portrayal of a delusional woman in love with her own brother. She is part of the acting ensemble that appears in director Christopher Guest's films, including four of his mock documentaries: Waiting for Guffman in 1996, Best in Show in 2000, A Mighty Wind in 2003, and For Your Consideration in 2006. Posey has appeared in several films of Hal Hartley: Henry Fool (1998); two of his shorts, Opera No. 1 (1994; with Adrienne Shelley) and Sisters of Mercy (2004); and Fay Grim (2006). Posey also had a notable role as the best friend of Adam in the 2005 film Adam & Steve.

In 2012, Parker Posey was honored with the Excellence in Acting Award at the Provincetown International Film Festival.