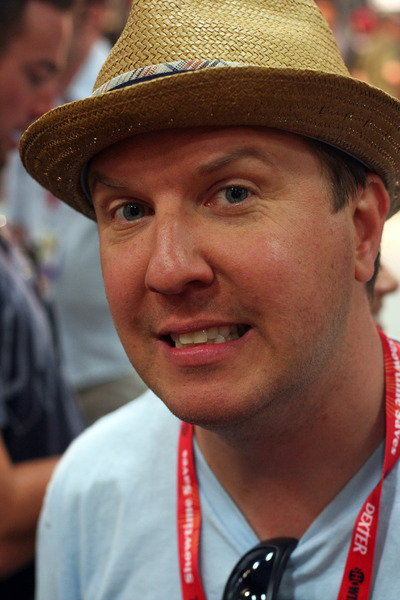 Nicholas Roger "Nick" Swardson (born October 9, 1976) is an American actor, stand-up comedian, screenwriter and producer. He is best known for his recurring role as Terry Bernardino in the comedy series Reno 911!, for his work with Adam Sandler's Happy Madison Productions, and for his own personal sketch comedy series Nick Swardson's Pretend Time.

A native of the Minneapolis–Saint Paul area, Swardson was born to Pamela and Roger Eric Swardson, and is the youngest of three siblings — he has a sister, Rachel, and a brother, John. Roger Swardson (1934–2003) was an editor and journalist — having written for publications such as the Cincinnati Enquirer and City Pages, as well as founding the Grand Gazette, a former Saint Paul community newspaper. Roger Swardson also invested in land development in Saint Paul, revitalizing Grand Avenue — an area now known as Victoria Crossing. Roger and Pamela divorced in 1989.

Swardson attended St. Paul Central High and started acting and performing improv comedy at the age of 16. A mischievous student who struggled with alcohol and drugs, Swardson was expelled from school on four occasions for pulling fire alarms in order to go outside and smoke cigarettes, fighting, posting a lewd sign in class, and for smoking marijuana; he was enrolled in a rehab program while still in school.

After graduating in 1996, Swardson decided to pursue stand-up comedy rather than attend college. Although Swardson was a fan of sketch comedy, he saw stand-up comedy as a stepping-stone to a career in film, more so than he would working within a comedy troupe.

Swardson started performing stand-up at the age of 18, attending open mic nights at the Minneapolis comedy club Acme Comedy Co.. Swardson stated in a 2007 interview with The Portland Mercury that he did his first open mic "as a goof" but he was encouraged by the club owner to perform again and he went on to win the comedy club's award for the "Funniest Person in the Twin Cities". He also went on to perform regularly at Knuckleheads, a defunct comedy club which was located in the Mall of America.

After garnering some attention within comedy circles, Swardson was selected to perform stand-up at the U.S. Comedy Arts Festival at 20 years of age.