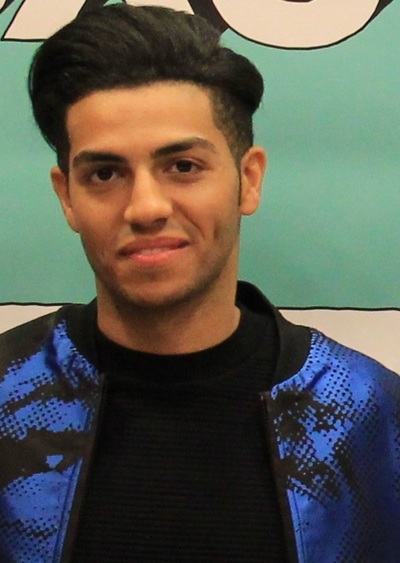 Mena Massoud (Egyptian Arabic: مينا مسعود‎; born September 17, 1991) is an Egyptian / Canadian actor. In July 2017, he was cast to play Aladdin in Disney's live-action remake of Aladdin. He has also worked in television; his roles include Jared Malik in the 2015 Canadian series Open Heart, and Tarek Kassar in the Amazon Prime series Jack Ryan.

Massoud was born in Cairo, Egypt to Egyptian Coptic Orthodox Christian parents. When he was young he emigrated to Canada. He grew up in Markham, Ontario, where he attended St. Brother André Catholic High School. He is Vegan and is the founder of the plant-based food travel show "Evolving Vegan".