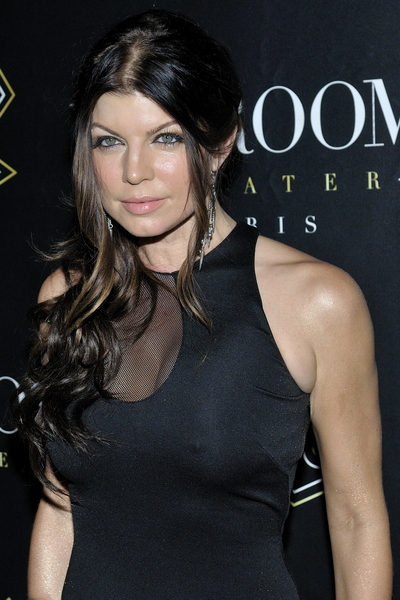 Stacy Ann Ferguson (born March 27, 1975), better known by her stage name Fergie, is an American singer, songwriter, fashion designer, television host and actress. She is the female vocalist for the hip hop group The Black Eyed Peas, with whom she has achieved chart success worldwide. Her debut solo album spawned five Billboard Hot 100 top five singles, three of which went to number one.

Ferguson was a member of the children's television series Kids Incorporated and the girl group Wild Orchid. In 2001, she left the group and in the subsequent year began to team up with The Black Eyed Peas. With The Black Eyed Peas she enjoyed a series of hits and albums before releasing her solo debut album The Dutchess, in September 2006, to success. The Black Eyed Peas enjoyed further success with the release of their third album with Ferguson, The E.N.D.; they attained their first string of Billboard Hot 100 number one songs. She began touring in 2009/2010 with her group and she launched her debut fragrance, Outspoken, under Avon in May 2010.

She continued success with The Black Eyed Peas and they released the album The Beginning in November 2010, which featured three singles, including two number one songs. As Ferguson's five solo singles and six singles with The Black Eyed Peas have reached two million downloads in the United States, Ferguson was the artist with the most two-million sellers by the beginning of 2011.

Ferguson was born in Hacienda Heights, California, the daughter of devout Roman Catholic school teachers Theresa Ann (née Gore) and Jon Patrick Ferguson. Her ancestry includes Irish, Scottish, English, Mexican (from a great-grandmother), and Native American descent. She was raised Roman Catholic and attended Mesa Robles Middle School and Glen A. Wilson High School. She studied dance and began to do voiceover work, providing the voice for Sally in two made-for-television Peanuts cartoons, (It's Flashbeagle, Charlie Brown, 1984, and Snoopy's Getting Married, Charlie Brown, 1985) as well as on four episodes of The Charlie Brown and Snoopy Show. From 1984 to 1989, she starred on the TV show Kids Incorporated. All that time, she was a cheerleader, straight-A student, and spelling bee champion, as well as a Girl Scout.

Ferguson was a member of the female trio Wild Orchid, which she fronted with Stefanie Ridel and fellow Kids Incorporated star Renee Sandstrom. By 1992, the girls began meeting with record labels, but they still could not get a recording contract. They eventually signed a music publishing deal with Sony Publishing before signing a record contract with RCA Records in 1994. In April 2007, she gave an interview in which she admitted that she went on a sex and drugs spree when she turned eighteen, saying: "I have had lesbian experiences in the past. I won't say how many men I've had sex with — but I am a very sexual person."

Their first single, "At Night I Pray", debuted on the Billboard charts in September 1996. In March 1997, Wild Orchid released their self-titled debut album. In September 1998, they released their second album, Oxygen. From June 16 to August 28, 1999, they opened for Cher's Do You Believe? Tour alongside Cyndi Lauper, which took them to 52 cities across the USA and Canada. After completing a third album, their record label declined to release it and Ferguson left the group in September 2001. In a 2006 interview with Entertainment Weekly, Ferguson revealed that both frustrations with the band's image and personal drug problems led her to leave Wild Orchid.

The Black Eyed Peas were recording their third album, 2003's Elephunk, when will.i.am invited Ferguson to try out for a song called "Shut Up". She got the gig and instantly bonded with the trio, going on to record five additional songs on the album. The following spring, shortly before Elephunk came out, Interscope chairman Jimmy Iovine offered Ferguson a permanent spot to take over vocal duties and fill the void left by background singer Kim Hill's departure in 2000.

From Elephunk came "Where is the Love?", which became The Black Eyed Peas' first major hit, peaking at number eight on the BillboardHot 100, but topping the charts in several other countries.

Ferguson dated pop star Justin Timberlake, at some point prior to 2001.

Ferguson and Josh Duhamel married in a Catholic ceremony on January 10, 2009, after five years of dating. Ferguson and Duhamel met and began dating in September 2004 when she and the band appeared on Duhamel's show Las Vegas. In May 2009, Ferguson officially came out as bisexual in The Sun. She later reconfirmed this during an interview with The Advocate.

On February 18, 2013, Ferguson announced on Twitter that she is pregnant with her first child.