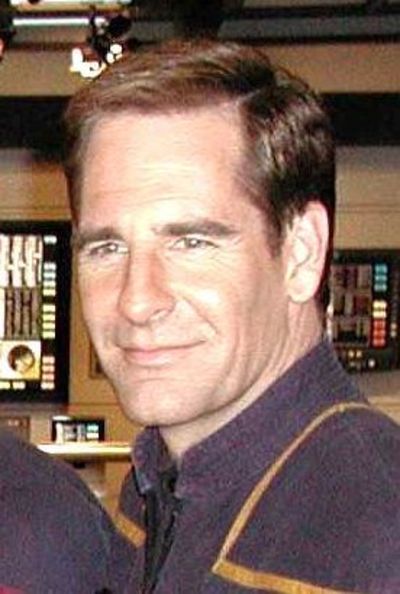 Scott Stewart Bakula (born October 9, 1954) is an American actor, known for his role as Sam Beckett in the television series Quantum Leap, for which he won the Golden Globe Award for Best Actor – Television Series Drama in 1991 and was nominated for four Emmy Awards. He also had a prominent role as Captain Jonathan Archer in Star Trek: Enterprise. Bakula also guest-starred in seasons two and three of NBC's Chuck as the title character's father Stephen Bartowski, and was a star of the comedy-drama series Men of a Certain Age.

Bakula was born in St. Louis, Missouri, the son of Stewart, a lawyer, and Sally Bakula. He has a younger brother and a younger sister. He attended college for a time, but left.

Bakula moved to New York City in 1976. There he made his Broadway debut playing baseball legend Joe DiMaggio in Marilyn: An American Fable, and appeared in the well-received Off-Broadway production Three Guys Naked from the Waist Down; he would later in its Pasadena Playhouse production. The success of Three Guys Off-Broadway brought him attention, and when his next show, the musical Nightclub Confidential, moved to Los Angeles, he moved there at the urging of his California agent, Maggie Henderson, and his New York agent, Jerry Hogan.

His television debut had come in commercials for Canada Dry and for decaffeinated Folgers coffee, and now was cast in two short-lived series Gung Ho and Eisenhower & Lutz. During a Hollywood writers' strike, he returned to New York to star in Romance / Romance, and then afterward landed the lead role opposite co-star Dean Stockwell in the science-fiction television series Quantum Leap. Bakula played time traveler Dr. Sam Beckett, who was trapped by a malfunction of his time machine to correct things gone wrong in the past. His performance in this program would earn him a Golden Globe award (along with three nominations) and four Emmy nominations for Best Actor as well as five consecutive Viewers For Quality Television Awards for Best Actor in a Quality Drama Series.

Bakula married Krista Neumann in 1981; they divorced in 1995. The couple have two children: Chelsy or Chelsea (sources differ as per spelling) and Cody. He and actress Chelsea Field have been companions since 1996 and have two children, Wil Botfield and Owen Barrett.