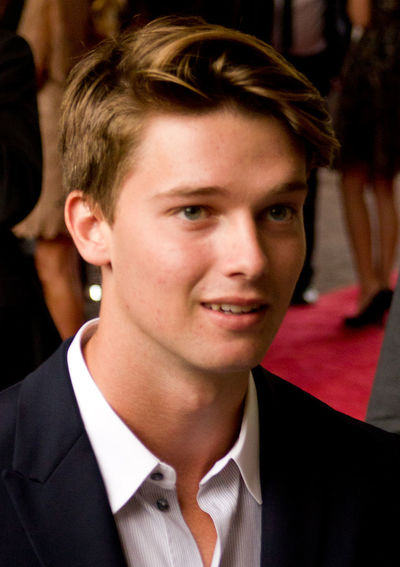 Schwarzenegger was born and raised in Los Angeles, California. He is the elder son of Maria Shriver, a journalist and author who is a member of the Kennedy family, and Arnold Schwarzenegger, an Austrian-born bodybuilder, actor, and former Republican Governor of California. Schwarzenegger has two older sisters, Katherine and Christina, a younger brother, Christopher, and a younger paternal half-brother, Joseph. His maternal grandparents were activist Eunice Kennedy Shriver and diplomat and politician Sargent Shriver.

As of March 2018, Schwarzenegger is in a relationship with model Abby Champion.

While studying at Brentwood High School, he took private acting lessons with Nancy Banks. In 2012, he matriculated at the University of Southern California, and graduated from the USC Marshall School of Business in May 2016. Patrick Shwarzenegger was part of the Lambda Chi Alpha fraternity.

At the age of 10, Patrick Schwarzenegger played a little role in the movie The Benchwarmers. Throughout his childhood, he practiced acting with his father. He spent a great deal of his childhood in the film studios of Los Angeles. At 10, he also held his father's booth at the Arnold Sports Festival.

Schwarzenegger's parents helped him found his company Project360 when he was 15. The philanthropic clothing line has a full menswear collection on the horizon as well as mid-five-figures net earnings from 2010, according to Details magazine. Patrick is also signed with LA Models, which has plans to push him for Ralph Lauren and Armani ad campaigns. He has stated that he hopes to raise awareness of his clothing company by taking on high-profile modeling jobs.

In 2011, he worked a summer internship at The Grove, an upscale outdoor mall in Los Angeles. He posed shirtless for a highly visible Hudson Jeans billboard advertisement seen on Sunset Boulevard in Hollywood. In October 2013, he played Romeo in the music video for "Right There" by Ariana Grande.

In 2014, Schwarzenegger franchised his own Blaze Pizza at The Grove in Los Angeles. He has since opened up other locations at USC and Staples Center.