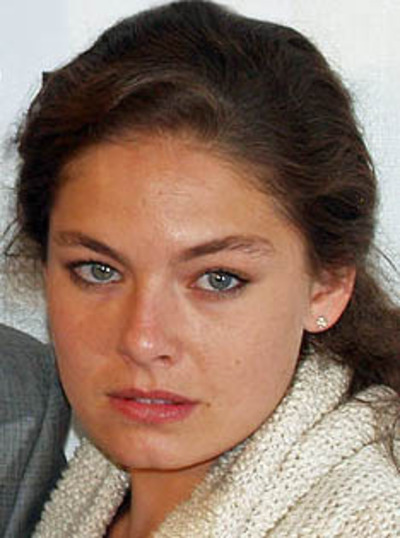 Davalos, an only child, was born Alexa Davalos Dunasin France, to American parents, actress Elyssa Davalos and photographer Jeff Dunas. Her maternal grandfather is actor Richard Davalos. She is Jewish on her father's side; her paternal ancestors emigrated from Vilnius in Lithuania.

Davalos spent most of her childhood in France and Italy, before settling in New York. She has stated "I tend to curse in French more often than I do in English." She struck out on her own at seventeen and headed to New York City. She supported herself by modeling for photographers like Peter Lindbergh. "I had a mission," she recalls. "I wanted to be out in the world, doing my own thing. Working in a theater, I discovered that I really wanted to act." Her passion soon grew towards acting, and she attended the Off Broadway Flea Theater in New York.

In 2002, Davalos co-starred with Charlie Hofheimer in the short film The Ghost of F. Scott Fitzgerald, which screened at the 2002 Toronto Film Festival. In September 2003, she was seen opposite Antonio Banderas in the HBO film And Starring Pancho Villa as Himself. Davalos made her feature film debut in 2004 starring in The Chronicles of Riddick as Kyra.

Davalos is a close friend of actress Amanda Righetti, and was Righetti's bridesmaid at her wedding. Davalos considers herself to be a "dork" and loves to travel and read. She guards her private life stating, “I think it’s a choice. I think it’s a conscious choice, and what you allow to affect you and what you don’t."