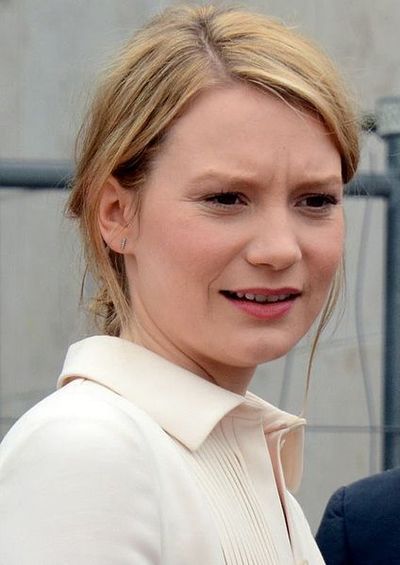 Mia Wasikowska (born 14 October 1989) is an Australian actress. After starting her acting career in Australian television and film, she first became known to a wider audience following her critically acclaimed work on the HBO television series In Treatment. She gained worldwide prominence in 2010 after starring as Alice in Tim Burton's $1 billion-grossing Alice in Wonderland and appearing in the comedy-drama film The Kids Are All Right, a role for which she received the Hollywood Awards' Breakthrough Actress Award.

Wasikowska was born and raised in Canberra, Australia. She is the middle child of three, with an older sister, Jess, and a younger brother, Kai. Her mother, Marzena Wasikowska, is a Polish-born photographer, while her father, John Reid, is an Australian photographer and collagist. In 1998, when she was eight years old, Wasikowska and her family moved to Szczecin, Poland, for a year, after her mother had received a grant to produce a collection of work based on her own experience of having emigrated to Australia in 1974, at the age of eleven. Wasikowska and her siblings took part in the production as subjects; she explained to Johanna Schneller of the Toronto Globe and Mail in July 2010, "We never had to smile or perform. We weren't always conscious of being photographed. We'd just do our thing, and she'd take pictures of us."

Wasikowska began training as a ballerina at the age of nine, with hopes of going professional. She began dancing en pointe at thirteen, and was training 35 hours a week in addition to attending school full-time, her daily routine consisting of leaving school in the early afternoon and dancing until nine o'clock at night.[14] A spur on her heel hampered her dancing. Her passion for ballet also waned due to the increasing pressure to achieve physical perfection and her growing dissatisfaction with the industry in general, and she quit at fourteen. However, she credits ballet with improving her ability to handle her nerves in auditions.

At the same time, she had been exposed to European and Australian cinema at an early age, particularly Krzysztof Kieślowski's Three Colours trilogy and Gillian Armstrong's My Brilliant Career. Although she was shy and averse to performing during her school years, she became inspired to break into acting after watching Holly Hunter in The Piano and Gena Rowlands in A Woman Under the Influence,[17] in addition to the opportunity of exploring imperfections in film.[18] Despite having no prior acting experience, Wasikowska looked up twelve Australian talent agencies on the Internet and contacted them all, receiving only one response; she successfully arranged a meeting following persistent callbacks.

Wasikowska landed her first acting role in 2004, with a two-episode stint on the Australian soap All Saints. She had just turned fifteen when she was cast in her Australian film debut, 2006's Suburban Mayhem, for which she received a nomination for a Young Actor's AFI Award. That same year, she also appeared in her first short film, Lens Love Story, in which she had no dialogue.

In 2007, Wasikowska appeared in the crocodile horror film Rogue, alongside Radha Mitchell and Sam Worthington. She observed quietly on the set; fellow actor Stephen Curry noted, "We didn't hear a peep out of her for three weeks, which earned her the nickname of 'Rowdy.'" She beat out nearly 200 other actresses for a part in the drama September, being cast on the spot by director Peter Carstairs following her audition. She then starred in Spencer Susser's acclaimed short film I Love Sarah Jane, which premiered at the 2008 Sundance Film Festival.

At the age of seventeen, Wasikowska received her first big break role in the United States when she was cast as Sophie, a suicidal gymnast, in HBO's acclaimed weekly drama In Treatment, after she auditioned for the role by videotape. The part required her to leave school in Canberra and move to Los Angeles for three months, while enrolling in correspondence courses. She earned critical acclaim for her performance as the troubled teenager treated by psychotherapist Paul Weston (Gabriel Byrne), which included praise for her excellent American accent. Wasikowska revealed in an October 2008 interview with Variety that she was something of a mimic as a child and that the large influx of American films and TV shows made it easier for Australians to pick up the accent.

The exposure from the show led to Wasikowska picking up her first American film appearances. She played the role of Chaya, the young wife of Asael Bielski (Jamie Bell), in Defiance. Director Edward Zwick cast her without having seen her in In Treatment, explaining to the Australian edition of Vogue, "Her inner life is so vivid that it comes across even when she's being still." Her next role was that of aviation pioneer Elinor Smith in Mira Nair's 2009 biopic Amelia. In June 2008, due to her work on In Treatment, she was a recipient of an Australians in Film Breakthrough Award.

In her spare time, Wasikowska is an avid photographer, often chronicling her travels and capturing images of her film sets with a Rolleiflex camera. During production of Jane Eyre, she had a secret pocket sewn into one of her costumes in order to conceal a smaller digital camera that she used between takes. One of her on-set images, featuring Fukunaga and Jane Eyre costar Jamie Bell, was selected as a finalist in the 2011 National Photographic Portrait Prize hosted by Australia's National Portrait Gallery on 24 February 2011. 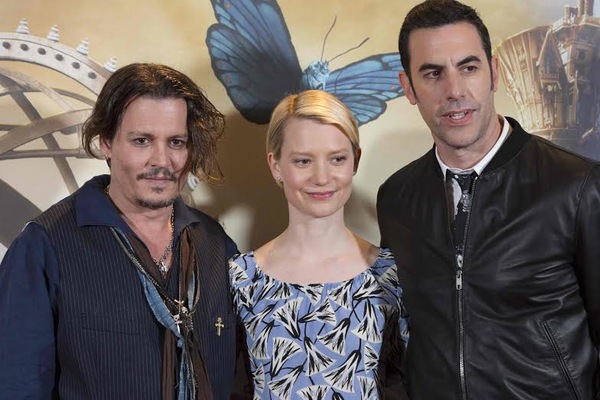 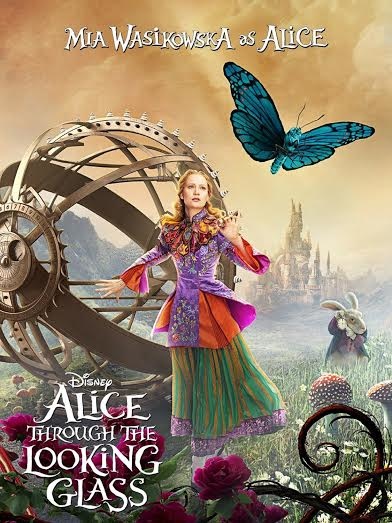 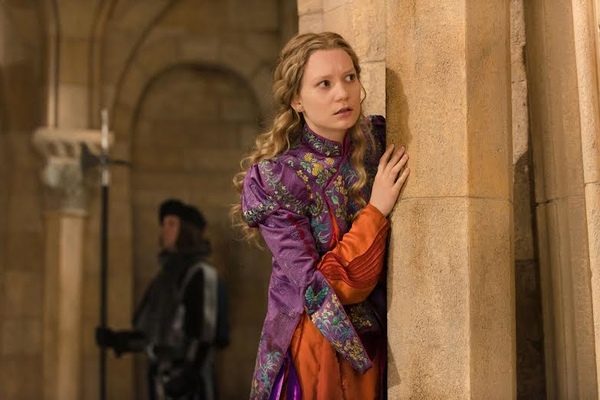 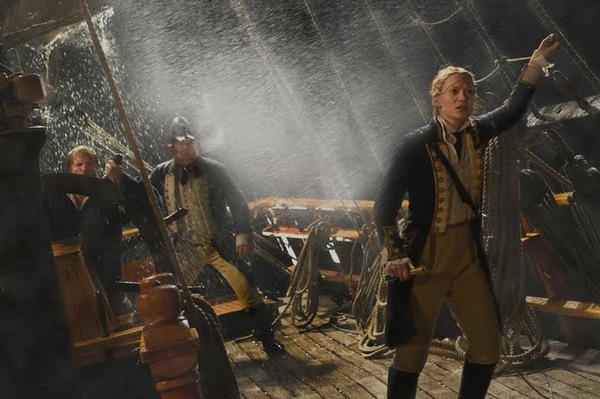