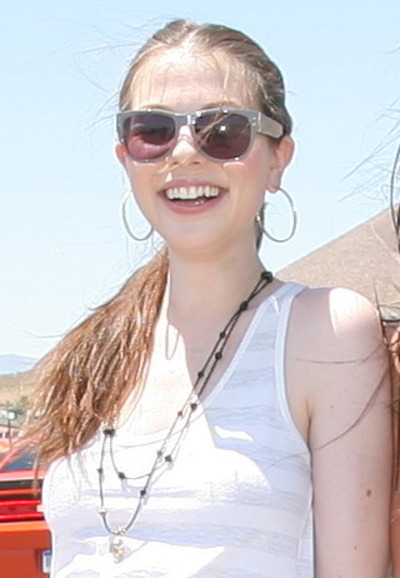 Trachtenberg was born in New York City, the younger of two daughters of Lana, a bank manager, and Michael Trachtenberg, a fiber-optics engineer. Her father is German and her mother is Russian; Trachtenberg speaks Russian fluently. Trachtenberg is Jewish; her grandparents live in Israel. She celebrates both Christmas and Hanukkah; Trachtenberg was raised, along with older sister Irene, in Sheepshead Bay in Brooklyn, where she attended P.S. 99 Elementary School and The Bay Academy for the Arts and Sciences. She later moved to Los Angeles and attended Notre Dame High School (Sherman Oaks, California).

Trachtenberg made her first television appearance at the age of three, in a commercial for Wisk Detergent. She went on to feature in over 100 more commercials. She appeared in her first credited role as Nona F. Mecklenberg on the Nickelodeon series The Adventures of Pete & Pete from 1994 until 1996. During the same period she played Lily Montgomery on the soap opera All My Children, in which she first worked with future Buffy star Sarah Michelle Gellar.

Trachtenberg's film career began in 1996 with the title role in Harriet the Spy. During this time, she also began a recurring role in season two of the television series The Adventures of Pete & Pete, of which she later became a regular. She then starred in the short-lived television series Meego, which garnered her a Young Artist Award.