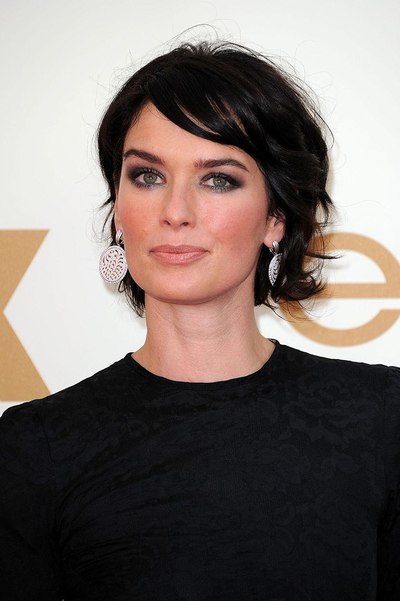 After being scouted at age 17, Headey worked steadily as an actress in small and supporting roles in films throughout the 1990s, before finding fame for her lead performances in big-budget films such as the fantasy film The Brothers Grimm (2005), the action film 300 (2007), portraying Gorgo, Queen of Sparta, and the adventure and biographical film The Red Baron (2008).

Headey is best known for portraying Cersei Lannister in HBO's hit fantasy series Game of Thrones since 2011, a performance that has earned her three consecutive Emmy award nominations for Outstanding Supporting Actress in a Drama Series (2014–16) and a Golden Globe Awards nomination for Best Supporting Actress – Series, Miniseries or Television Film in 2016. In 2017, Headey became one of the highest paid actors on television and could earn up to £2 million per episode of Game of Thrones (based on shared percentages of syndication payments). She is also known for playing the title character Sarah Connor on Fox's Terminator: The Sarah Connor Chronicles and the villainous drug lord Madeline "Ma-Ma" Madrigal in Dredd.

Headey was born in Hamilton, Bermuda, the daughter of Sue and John Headey. Her father, a Yorkshire police officer, was stationed there at the time. She has one younger brother, Tim. The family moved to Somerset when she was five, and then to Shelley, West Yorkshire, when Headey was 11. As a child, she took ballet lessons, before being told to stop.

Headey had her first experience of acting when she was a pupil at Shelley College; she was noticed at age 17, when performing in a school production at the Royal National Theatre, and was picked for a role in the 1992 film Waterland.

At the age of 17, Headey performed in a one-off show and afterwards a casting agent took a photo and asked her to audition. Later, she got a supporting role in the drama Waterland, in which she had the opportunity to work with actors who had been in the business several years before her. She landed a small role in The Remains of the Day, which came out in 1993 and received eight Academy Awards nominations.

She played Katherine in Disney's The Jungle Book, released in 1994. The film had positive reviews and earned nearly $44 million in the United States. Headey, alongside her co-stars received favourable reviews with James Berardinelli praising their "solid performances". On the set of The Jungle Book, she met her boyfriend of nine years, actor Jason Flemyng.

After a number of film roles, she appeared opposite Vanessa Redgrave in the 1997 romantic drama Mrs Dalloway. Headey landed a supporting role in a higher-profile film titled Onegin, which starred Ralph Fiennes and Liv Tyler. The following year, she had the starring role in the drama Aberdeen. Headey received several good reviews for her performance in the film. She also had roles in 2000's Gossip and 2001's The Parole Officer.

She received the Silver Iris Award for Best Actress at the 2001 Brussels European Film Festival for her role in Aberdeen. In 2002, she had a role in the mystery drama Possession alongside Gwyneth Paltrow and Aaron Eckhart.

Headey co-starred with Matt Damon and Heath Ledger in Terry Gilliam's The Brothers Grimm, which was released in August 2005. The film received mixed reviews. In an interview Headey spoke about her character in the film: "I loved the fact that she was a tomboy. That is what attracted me to her, that she wasn't this predictable female character in this big film. You meet her and she is masking who she is. I loved that her environment dictated who she is. She lives and grows up and survives in the forest. Terry and I talked about how her instincts are almost animalistic and she can see 360 degrees around her. She is aware of what is going on. That is how she is grounded. She is of the earth".

In 2005, she starred with actress Piper Perabo in the films The Cave and Imagine Me & You. The Cave was not well received by critics and did poorly at the box office.

The romantic comedy-drama Imagine Me & You received a limited release and earned positive reviews. Critics praised Headey's performance as a lesbian in the film; Mick LaSalle from the San Francisco Chronicle stated that the actress "has a forthright, irresistible appeal and a face and especially a smile that suggest intelligence, integrity and lots of fun".

Headey played Queen Gorgo in Zack Snyder's 300. Headey had to do nude scenes in the film. "It's always weird the thought of taking your clothes off in front of 20 people and then to have it projected in front of many more", she told IndieLondon during an interview. "I think it was necessary because we only get that scene to establish their relationship. It is a very obvious moment but I think it does it in quite a beautiful way."

In addition to her film work, Headey starred in Fox's Terminator: The Sarah Connor Chronicles, a television spin-off of James Cameron's popular Terminator franchise. Headey played Sarah Connor from January 2008 to April 2009. The show ran for 31 episodes in two seasons until its cancellation in May 2009. Variety praised "Headey's gritty performance as Sarah – managing to be smart, resourceful and tough, yet melancholy and vulnerable as well" and that the Chronicles "continue to deliver", getting "considerable mileage out of the constant peril" facing the characters. She was nominated twice for the Saturn Award for Best Actress on Television for the role.

Headey has also appeared in a number of independent films, such as The Red Baron, a biographical film of the legendary World War I fighter pilot Manfred von Richthofen, in which she appeared alongside Matthias Schweighöfer and Joseph Fiennes. Her character was the love interest Käte Otersdorf, a nurse who may or may not have had a romance with Richthofen in real life. She also appeared as the stuffy Miss Dickinson in the 2007 release of the St. Trinian's series. She starred in the Ridley Scott produced Tell-Tale, a film based on the short story "The Tell-Tale Heart" by Edgar Allan Poe. The movie went straight to DVD on 25 May 2008.

In 2008, Headey starred in the horror film The Broken. The film was directed by Academy Award-nominated Sean Ellis. The film was about "a woman who suspects she's being followed around London by a murderous doppelganger". The Broken was screened at the midnight portion of the 2008 Sundance Film Festival, and generally got average reviews. Some critics praised Headey's performance, including Kim Koynar of Cinematical who wrote that Headey "largely carries the film, and does so quite ably".

Headey was cast in the lead part in another horror film titled Laid to Rest, which was first screened in 2008. However, the film went straight to video on 21 April 2009 and earned mixed reviews. Critic Mark H. Harris for About.com stated that the film "has a great look and boasts an impressive cast," referring to both Headey and co-star Thomas Dekker. Headey had a part in a short film called The Devil's Wedding. She provided her voice for an episode of the Cartoon Network TV series The Super Hero Squad Show playing Black Widow and Mystique.

Since its premiere in April 2011, Headey has portrayed queen regent Cersei Lannister on the HBO series Game of Thrones, based on George R.R. Martin's A Song of Ice and Fire series of novels. Headey was cast in the role after her friend and eventual co-star, Peter Dinklage, suggested her casting to producers. Her performance as the ruthless queen has received critical acclaim. In 2011, she was nominated for a Scream Award in the category of Best Fantasy Actress for the role. Headey was nominated for an Emmy Award for Outstanding Supporting Actress in a Drama Series for portraying Cersei in 2014, 2015 and 2016.

Headey made a guest appearance in the television show White Collar in the episode "Taking Account" in which she played the role of Sally. In 2012, she appeared in the 3D action science-fiction film Dredd alongside Karl Urban and Olivia Thirlby. Her character is Madeline Madrigal (Ma-Ma), the leader of a drug dealing gang, and the project's primary villain. Dredd is a film adaptation of 2000 AD character Judge Dredd. The film was directed by Pete Travis with a script by Alex Garland. In May and June 2012, Lena filmed the fantasy adventure movie The Adventurer: The Curse of the Midas Box throughout South West England, playing the role of Monica. The film was released in 2014.

She re-teamed with Ethan Hawke to co-star in The Purge, a 'micro-budget' horror film, which opened on 7 June 2013 at number one position in the United States, grossing over $US36 million over the weekend.

In 2013, Headey was cast as Jocelyn Fray in The Mortal Instruments: City of Bones opposite Lily Collins and Jamie Campbell Bower. The film never received a sequel, and Headey will not reprise her role in the Freeform TV series Shadowhunters.

Headey appeared in the 2014 biopic Low Down, a film which detailed the life of jazz pianist Joe Albany, as well as playing the wife of Patrick Wilson's character in Zipper in 2015. In July 2015, it was reported that Headey would voice Jeopardy Mouse in Danger Mouse, a reboot of the 1981 TV series of the same name, which was broadcast on CBBC in late 2015. Headey stated that "I wanted to do it because it was pure nostalgia for me. I have children now and it’s just a treat to be involved in something that you loved as a kid and be able to share it. Those moments as an actor that come along once in while are not to be missed." She will appear alongside Alexander Armstrong as Danger Mouse and Stephen Fry as Colonel K.

In 2016, Headey co-starred in the horror film Pride and Prejudice and Zombies, opposite her former Game of Thrones, Century and The Contractor co-star Charles Dance.

Headey was once engaged to actor Johnny Cicco and dated actor Jason Flemyng for nine years, from 1994 to 2003. She and Flemyng met during the filming of The Jungle Book, and she had a tattoo of his name in Thai on her arm, which has since been covered. She was linked to Game of Thrones co-star Jerome Flynn; however, the relationship reportedly ended badly, resulting in the two being kept apart on set. She married musician Peter Loughran in May 2007. Headey and Loughran have a son, Wylie Loughran, who was born on 31 March 2010. She has spoken about suffering from postnatal depression following Wylie's birth. Headey and Loughran separated in 2011 and she filed for divorce in the Los Angeles County Superior Court on 20 July 2012. The divorce was finalised on 26 December 2013.

On 10 July 2015, she gave birth to her second child, a daughter named Teddy, with director Dan Cadan (who worked with Lena on his short film "The Devil's Wedding".)

Headey has been close friends with actress Piper Perabo since they starred together in the 2005 films The Cave and Imagine Me & You. Headey is also good friends with her Game of Thrones co-star Peter Dinklage, who first suggested to producers on Game of Thrones that she be cast as Cersei Lannister.

Headey was a vegetarian; however, in a 2011 interview she stated she now eats meat again, albeit rarely.

Headey has a number of tattoos. Her tattoos include a large floral design on her back as well as a Pema Chödrön quote on her ribs. She told Esquire magazine that "I love tattoos. I find it calming." Her tattoos often require covering when Headey works, although she has stated that "you can usually get away with it by keeping your clothes on." 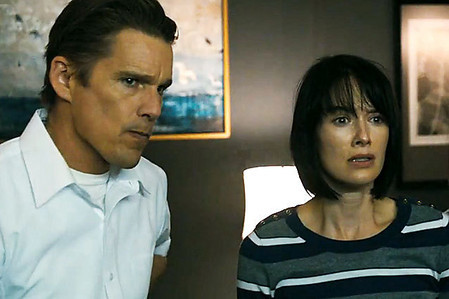