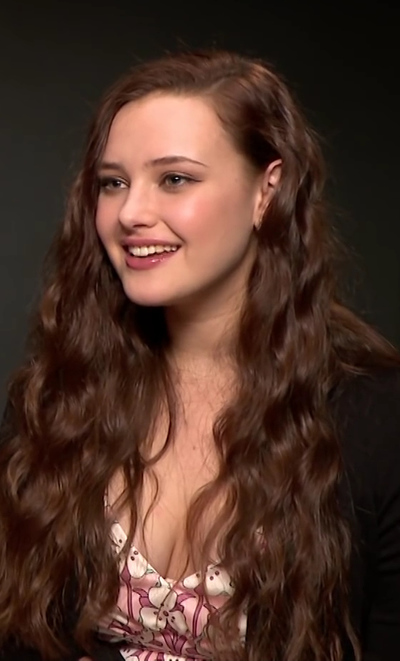 Katherine Langford (born 29 April 1996) is an Australian actress. She is known for her role as Hannah Baker in the first two seasons of the Netflix teen drama series 13 Reasons Why (2017–2018), for which received a nomination for the Golden Globe Award for Best Actress – Television Series Drama. Langford has also taken on supporting roles in the films Love, Simon (2018) and Knives Out (2019).

Langford was born in Perth, Western Australia, Australia, and raised in Applecross, a riverside suburb of Perth. She is the eldest daughter of Elizabeth Langford (née Green), a pediatrician, and Stephen Langford, a flying doctor and director of medical services at the Royal Flying Doctor Service Western Operations. Her younger sister, Josephine Langford, is also an actress.

Langford began voice lessons with Heidi Lake in 2005, and received classical, jazz, and contemporary vocal training. She was offered a place at Perth Modern School for her senior high years, where she studied music and drama, and was sports captain and a nationally ranked swimmer.

Initially during her time at high school, Langford was interested in medicine and politics, in addition to musical theatre. However, in 2012, sixteen-year-old Langford attended a Lady Gaga concert, the Born This Way Ball, which inspired her to learn how to play the piano. She shared videos of herself singing three original songs she wrote: "I've Got a Crush on Zoe Bosch," "Young and Stupid," and "3 Words." "Young and Stupid" is an anti-suicide song she wrote in 2013 after three Perth teens took their lives. For her final year at Perth Modern, Langford stopped swimming and switched her focus to music and performance. She was successful in a number of musical eisteddfods and drama competitions. Langford appeared in the school's production of Hotel Sorrento in 2013 and graduated that same year.

After graduating high school, Langford was determined to become an actor. However, she was rejected from every acting school she applied to, on the grounds she was too young and did not have enough life experience. This led her to begin enrolling in acting classes and workshops in Perth, juggling three part-time jobs, and later finding herself an agent. From 2014 to 2015, Langford studied at the Principal Academy of Dance & Theatre Arts, majoring in Music Theatre, and appeared in a production of Godspell. She was then one of five selected to participate in the National Institute of Dramatic Arts Advanced Actors Residency in 2015. In the same year, she trained at Nicholson's Academy of Screen Acting and portrayed the role of Juan Perón's mistress in the 2015 production of Evita. Langford was offered a position in the Bachelor of Arts program in Acting at the Western Australian Academy of Performing Arts and intended to begin studies in 2016. However, she never enrolled and instead pursued professional roles.

Langford first appeared in several small independent films, including Story of Miss Oxygen (2015), Imperfect Quadrant (2016), and Daughter (2016). She portrayed the lead character in Daughter, which debuted at the 2016 Cannes Film Festival. In 2016, after declining the offer from Western Australian Academy of Performing Arts, Langford auditioned for Will, a television series centered on the young life of William Shakespeare. She did not get the role, which was instead given to Olivia DeJonge.

Langford auditioned for the role of American high school student Hannah Baker in the mystery teen drama TV series 13 Reasons Why, over Skype. She had only 10 days to get an O-1 visa as she had not worked in the United States before. She has received critical acclaim for her work on the show. Langford researched the role, speaking with a representative of the sexual assault awareness campaign "It's On Us" and a psychiatrist who specializes in adolescence. In December 2016, she signed with the William Morris Endeavor agency. Langford reprised the role in the second season of the series, released on May 18, 2018. On May 25, 2018, Langford confirmed that she will not return as Hannah Baker in the third season of the series.

Langford appeared in her first feature film, The Misguided, an independent comedy-drama by Shannon Alexander, which premiered in January 2018. She also starred as Leah in the 2018 film Love, Simon, an adaptation of the coming-of-age novel Simon vs. the Homo Sapiens Agenda, by Becky Albertalli.

On September 12, 2018, it was announced that Langford had been cast in the upcoming web television series Cursed. Set in an re-imagined Arthurian world, Langford will portray Nimue, a teenage girl destined to become the Lady of the Lake. The series is based on the novel of the same name by Frank Miller and Tom Wheeler and is set to premiere on Netflix in 2019.

In October 2018, she was cast in Avengers: Endgame. However, her scenes were cut from the final film, with the Russo Brothers revealing Langford had been cast as a teenage version of Tony Stark's daughter, Morgan. Her scene was removed as the change in actors confused the audience and the directors realized there was no emotional connection with the character's older version. 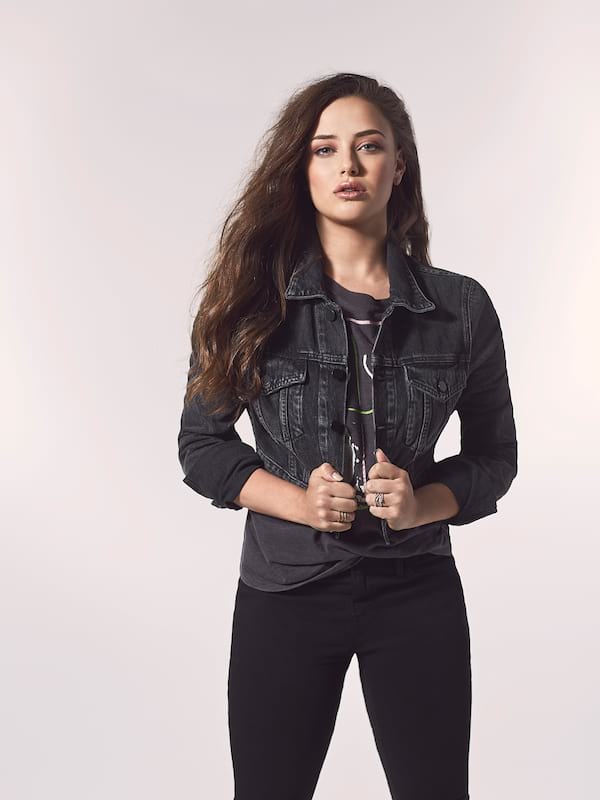 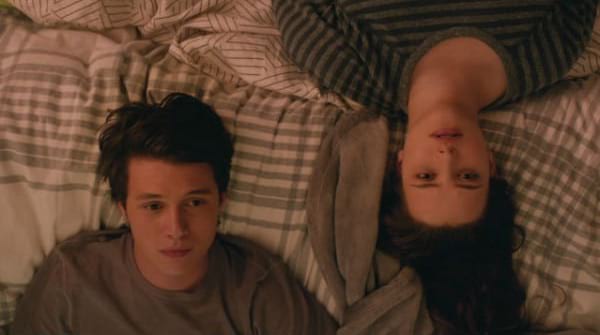