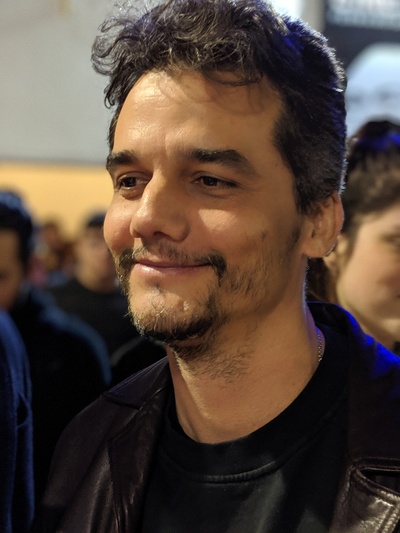 Wagner Maniçoba de Moura (Portuguese pronunciation:  ['vagneɾ mani'sɔbɐ dʒi 'mowɾɐ] ; born 27 June 1976) is a Brazilian actor, director, filmmaker, musician, and journalist. Besides being a well-established and acclaimed actor in Brazil, he has achieved international fame for roles in Elite Squad (2007), its sequel: Elite Squad: The Enemy Within (2010) and Elysium (2013) as Spider. He received a Golden Globe nomination for his role as Pablo Escobar in the first two seasons of the Netflix series Narcos (2015–2016).

Wagner Moura is a main cast in Puss in Boots: The Last Wish.