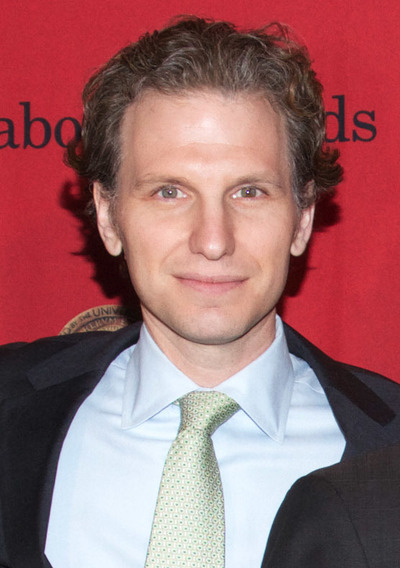 Arcelus was born in New York City, New York, the son of Nobile Fiammetta Farace (b. Budapest, Hungary, 19 February 1940) and Victor Carlos Arcelus. He is of Italian, Russian, Serbian and German descent on his mother's side and Uruguayan on his father's. His maternal grandparents were Ruggero Farace, Marchese di Villaforesta and Princess Catherine Ivanovna, who was the daughter of Prince Ioann Konstantinovich of Russia and Princess Helen of Serbia, and the last member of the Romanov family born before the Russian Revolution.

He attended Williams College and is bilingual in Spanish and English.

Through his maternal grandmother, he is a distant cousin of American actress Catherine Oxenberg, with whom he shares the same Serbian ancestry.

As a descendant of Sophia of Hanover, he is distantly in the line of succession to the British throne.

He has made a career in theater on Broadway, regionally, and internationally. He made his Broadway debut in Rent, first as a swing, covering the male ensemble roles as well as Mark and Roger, and then as Roger. He starred as Jan in the original cast of the Beach Boys musical, Good Vibrations. He played Fiyero on the first national tour of Wicked from January 3 until October 3, 2006. He then reprised the role of Fiyero in the Broadway production from January 9 to December 16, 2007.

In 2004, Arcelus appeared in the movie musical Temptation, with Broadway stars Alice Ripley, Adam Pascal, Anika Noni Rose, and film actress Zoe Saldana, among many others.

Arcelus was featured on iChannel, an interactive web-series about "a self-conscious young man who finds his life taken over by a video blog." He played I's brother, who frequently called or visited. Over 40 episodes were produced, each of 3–9 minutes in length.

During summer 2011, Arcelus filmed and helped produce the independent feature film The Last Day of August, which was scheduled for release on August 31, 2012.

He starred as Bob Gaudio in the Broadway production of Jersey Boys from January 10, 2008 to January 11, 2009. before starring in Happiness, a musical which ran Off-Broadway at Lincoln Center Theater's Mitzi E. Newhouse Theater for 14 weeks beginning on February 27, 2009. He resumed the role of Bob Gaudio in the Broadway production of Jersey Boys on July 14, 2009 and finished the role on October 10, 2010. He originated the role of Buddy in Elf the Musical for a limited engagement run from November 10, 2010, through January 2, 2011, at Broadway's Al Hirschfeld Theater. He assumed the role of Jack Chesney in Where's Charley? in a semi-staged production as part of New York City Center's Encores! series from March 17–20, 2011.

Arcelus originated the role of Jake Brigance in the stage production of A Time to Kill, premiering at the Arena Stage in Washington, D.C. The play, based on the John Grisham novel of the same name, ran May 6 through June 19, 2011.

In November 2011, Arcelus starred in an off-Broadway limited engagement musical production of The Blue Flower at Second Stage, along with Marc Kudisch and Teal Wicks.

Arcelus played Jake Brigance in the Broadway production of A Time To Kill at the Golden Theatre in New York City, which premiered on October 20, 2013.

Arcelus played Lucas Goodwin in the Netflix TV series House of Cards from 2013 to 2016. He currently portrays Jay Whitman on the CBS drama Madam Secretary.

He married his Wicked co-star Stephanie J. Block on October 16, 2007, with a religious ceremony following on October 25, 2007 in Tuscany. Block played Elphaba in Wicked, both on the national tour and on Broadway. Their daughter Vivienne Helena Arcelus was born on January 19, 2015.