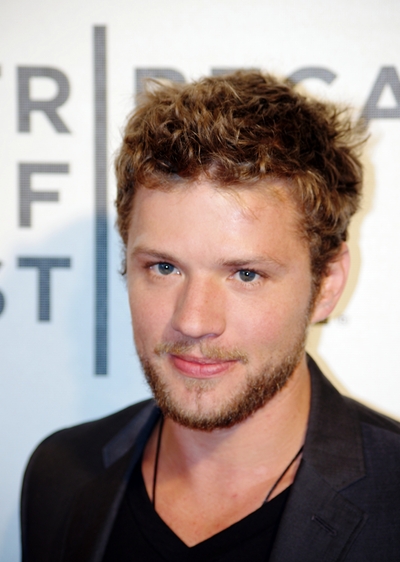 Matthew Ryan Phillippe (born September 10, 1974) is an American actor, director, and writer. After appearing as Billy Douglas on the soap opera One Life to Live, he came to fame in the late 1990s with starring roles in a string of films, including I Know What You Did Last Summer, Cruel Intentions, and 54. In the 2000s, he appeared in several films, including Gosford Park (2001), Crash (2004), and war drama Flags of Our Fathers (2006), Breach (2007), and Stop-Loss (2008). In 2010, Phillippe starred as Pulitzer Prize-winning photographer Greg Marinovich in The Bang-Bang Club. Currently, he stars in the lead role of Bob Lee Swagger in the USA Network thriller drama Shooter.

He was married to actress Reese Witherspoon from 1999 to 2007; together, they have a daughter and a son. He also has a daughter from a relationship with actress Alexis Knapp.

Phillippe was born in New Castle, Delaware. His mother, Susan, ran a day care center in the family's house, and his father, Richard Phillippe, was a chemist. Phillippe is of part French descent. He has three sisters. He attended New Castle Baptist Academy, where he played basketball and soccer, as well as earned a black belt in Tae Kwon Do; he was also the yearbook editor in his senior year. Phillippe also attended and graduated from Barbizon Modeling and Talent Agency in Wilmington, Delaware.

Phillippe's acting career began after being signed to Cathy Parker Management in Voorhees, New Jersey. Shortly after he made an appearance in the ABC daytime drama One Life to Live. His character Billy Douglas, whom he played from 1992 to 1993, was the first gay teenager on a daytime soap opera. After leaving the show, Phillippe moved to Los Angeles, where he appeared in a number of small parts in various television series including Matlock, Due South, the TV miniseries The Secrets of Lake Success, and movies, including the 1995 film Crimson Tide and the 1996 film White Squall.

He was cast in the 1997 horror film, I Know What You Did Last Summer, which co-starred Sarah Michelle Gellar, Freddie Prinze, Jr. and Jennifer Love Hewitt. The film was a success, and led to Phillippe gaining wider renown and being cast in a few more high-profile films, including 54 in 1998 opposite Neve Campbell, Salma Hayek and Mike Myers. In 1999 he starred in Cruel Intentions, a modern retelling of the Choderlos de Laclos novel Les Liaisons Dangereuses, which also starred Phillippe's future wife Reese Witherspoon, as well as his I Know What You Did Last Summer co-star Sarah Michelle Gellar. It was a success among its intended teenage audience, cementing Phillippe's ability to play characters that require sex appeal. Phillippe can also be seen in the Marcy Playground music video "Comin' Up From Behind", which appears on the film's soundtrack.

In the years following, he appeared in the crime drama The Way of the Gun, starred as a famed software engineer in the thriller Antitrust, and co-starred in Robert Altman's Gosford Park, which was nominated for the Oscar for Best Picture. Subsequently, Phillippe had supporting parts in the films Igby Goes Down (2002) and Crash (2005), which won the Oscar for Best Picture. His 2003 film The I Inside premiered on cable.

In 2006, Phillippe played real-life Navy corpsman John Bradley in the war film Flags of Our Fathers, directed by Clint Eastwood and following the journey of the United States Marines who lifted the flag at the Battle of Iwo Jima. Phillippe has said that the film was the "best experience" of his career because of its "personal meaning" to him, and that he would have "given [his] life" to fight in World War II, noting that both of his grandfathers fought in the war. His performance was positively received by film critic Richard Roeper, who thought it was Phillippe's best performance to date. Phillippe's next role was in the thriller Breach, in which he played FBI investigator Eric O'Neill opposite Chris Cooper. He has since commented that he believes Cooper to be "the best actor America has to offer". He then starred in Chaos, in which he plays a police officer, Five Fingers, a drama set in Morocco, Kimberly Peirce's Iraq war film Stop-Loss, and the futuristic Franklyn.

Next up for Phillippe was a rare comedic role as Lt. Dixon Piper in MacGruber, a film based on the Saturday Night Live (SNL) skit of the same name. It was released in the US and Canada on May 21, 2010. As part of the film's promotion, Phillippe made his SNL hosting debut on April 17, 2010, along with first-time musical performer Kesha. Two days later, on April 19, 2010, Phillippe co-hosted WWE Raw with Jonathan Swift and Charo, also in support of MacGruber.

That same year, Phillippe starred in the Canadian/South African production The Bang-Bang Club, which tells the real-life story of the Bang-Bang Club, four South African photographers whose images documented the bloody end of apartheid. Phillippe stars as Pulitzer Prize-winning photographer Greg Marinovich. Filming for the movie took place in South Africa, beginning in March 2009. Phillippe described the filming process as "really run-and-gun. There were no comforts, and I actually appreciate that." He noted that the experience affected him, explaining that "we were shooting during the day in Soweto, and it was an endless procession of funerals—death is so common. Kids there have no quality of life. It has made me want to get more involved in Africa-based charities." An early cut of the film was shown at Cannes Film Festival in May 2009, with the final version shown at Cannes in May 2010. The film officially premiered in September 2010 at the 2010 Toronto International Film Festival. The US rights to the movie were picked up by Tribeca Film, which premiered the movie at the 2011 Tribeca Film Festival and opened the movie in limited release on April 22, 2011.

In the summer of 2010, Phillippe began filming the adaptation of popular crime novel The Lincoln Lawyer, taking on the role of Louis Roulet, a wealthy Los Angeles playboy accused of a crime for which his culpability is unclear. The movie, which also stars Matthew McConaughey, Marisa Tomei and William H. Macy, opened on March 18, 2011, and was generally well received by critics, scoring 82% on Rotten Tomatoes as of late March 2011. Phillippe filmed his next project, heist action movie Setup, in December 2010 in Grand Rapids, Michigan. Also starring Bruce Willis, Jenna Dewan, and 50 Cent, the movie focuses on a group of young men from Detroit whose attempt at a diamond heist goes awry and brings them into conflict with a mob boss. The movie had a straight-to-DVD release on September 20, 2011.

Phillippe next filmed the dramatic dark comedy Revenge for Jolly!, alongside Elijah Wood, Kristen Wiig and Adam Brody, in the summer of 2011. The movie, which tells the story of a man set on finding his dog's murderer, premiered at the 2012 Tribeca Film Festival. Phillippe subsequently began work on another movie, Straight A's, in August 2011. Filmed in Shreveport, Louisiana, the movie stars Phillippe as a man who has been in and out of rehab for years and is now haunted by his mother's ghost, and also features Anna Paquin and Luke Wilson.

Return to television and focus on directing and producing (2012–present)

Starting in November 2011, Phillippe spent several months filming a 10-episode arc on the fifth and final season of the critically acclaimed TV show Damages. Playing Channing McClaren, a Julian Assange-like character, it was his first regular TV role since his breakout part on One Life to Live. The season aired from July to September 2012.

In 2012, Phillippe focused on his directorial debut, Catch Hell, an indie thriller in which Phillippe stars as a fading film actor who must devise a creative escape after he is kidnapped and tortured while making a movie in Shreveport, Louisiana. In addition to directing, co-producing, and starring in the film, Phillippe also co-wrote the script with Joe Gossett. Phillippe has said that the film is based partly on the life experiences of himself and his friends (including the filming of Straight A's in Shreveport in 2011), but is partly meant to be "a fun scary movie in the vein of Misery". Filming took place on location in Shreveport in the fall of 2012. The movie was released on October 10, 2014.

In October 2013, Phillippe began filming the thriller Reclaim in Puerto Rico. The movie features Phillippe as an American man who travels to Puerto Rico with his wife (played by Rachelle Lefevre) to adopt an orphan from Haiti. After a confrontation with a local (played by John Cusack), the child vanishes. Reclaim was released on September 19, 2014.

In May 2014, ABC picked up the pilot for Secrets and Lies, which was shot in Charlotte, North Carolina in early 2014. The 10-episode mystery series debuted on March 1, 2015, as a midseason entry in the 2014–15 season. It is based on the Australian series of the same name and stars Phillippe as a family man who becomes a prime murder suspect after he discovers the body of a child.

Phillippe has also been attached to a number of possible future film roles, including Chronicle, a film to be directed by Jay Alaimo that will see Phillippe, Justin Long and John Hawkes in a story "about two childhood friends who reunite to launch the biggest marijuana dealership in New York City".

Phillippe, Breckin Meyer, Seth Green and David E. Siegal run a production company called Lucid Films. In 2010, Phillippe and Meyer began "getting a show going for Showtime", serving as executive producers. The comedy, Heavy and Rolling, tells the story of a Manhattan towncar driver who assumes different identities as he moves towards madness. Phillippe also served as executive producer and narrator on Isolated, a documentary that follows five surfers as they travel to remote New Guinea in search of untouched waves. The documentary premiered in January 2013 at the 2013 Santa Barbara International Film Festival.

In 2015, Phillippe was cast in the lead role of Bob Lee Swagger on the USA Network thriller drama series Shooter, which premiered in the fall of 2016.

In 1997, Phillippe attended a party given for actress Reese Witherspoon's 21st birthday. Upon meeting Witherspoon, Phillippe was reported to have spent all night talking to her, with Witherspoon telling Phillippe, "I think you're my birthday present." They started dating and became engaged in December 1998. The following year, the pair starred in Cruel Intentions together. Phillippe and Witherspoon married on June 5, 1999, in a small ceremony at Old Wide Awake Plantation near Charleston, South Carolina, when Witherspoon was six months pregnant.

On September 9, 1999, their daughter Ava Elizabeth Phillippe, named after actress Ava Gardner, was born. Their son, Deacon Reese Phillippe, was born on October 23, 2003, and named after Phillippe's ancestor, Pittsburgh Pirates pitcher Deacon Phillippe, a baseball player at the turn of the 20th century.

On October 30, 2006, Phillippe and Witherspoon released a statement announcing that they had decided to formally separate. Witherspoon filed for divorce on November 8, 2006, citing irreconcilable differences as the cause. In light of the couple's lack of a prenuptial agreement, she requested that the court refuse to grant spousal support to Phillippe, and asked for joint legal custody and sole physical custody of the pair's two children. Phillippe filed for joint physical custody of the children on May 15, 2007, and did not seek any spousal support. The couple's marriage officially ended on October 5, 2007, with final divorce arrangements settled on June 13, 2008, according to court documents. Phillippe and Witherspoon share joint custody of their children.

Phillippe began dating Australian actress Abbie Cornish in 2007 after meeting on the set of Stop-Loss. They split up in February 2010.

Phillippe subsequently dated model/actress Alexis Knapp in the summer of 2010, before splitting in September 2010. After their breakup, Knapp discovered that she was pregnant, and gave birth to their daughter, Kailani Merizalde Phillippe-Knapp, on July 1, 2011. Phillippe was present during the birth.

Phillippe began dating law student Paulina Slagter in 2011. They ended their relationship in 2016.

Phillippe was a close friend of Brooklyn rapper Sean Price. After Price's death in August 2015, it was reported that Phillippe got a tattoo to honor Price's memory.