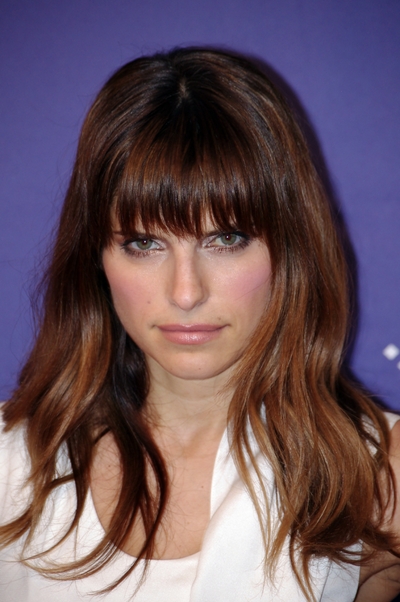 Bell's father is Jewish and her mother is Protestant. Bell has stated that she was raised in a "comically dysfunctional family."

Bell attended The Chapin School in New York and Westminster School in Simsbury, Connecticut. For part of her teenage years she lived in Vero Beach, Florida and attended St. Edward's School. She attended Skidmore College in Saratoga Springs, New York before transferring to Rose Bruford College in London where she acted in several theatrical productions including The Seagull, The Children's Hour, Six Degrees of Separation, Light Shining in Buckinghamshire and Pentecost.

Bell began her career in 2002 with roles in the film Speakeasy and in 2 episodes of ER. Her first significant roles came in 2003 - after appearing in the psychological thriller I Love Your Work, she was cast alongside Jeff Goldblum as the female lead in the NBC television film War Stories and played Alicia Silverstone's wisecracking best friend, Victoria Carlson, in NBC's comedy-drama series Miss Match. In 2004, Bell appeared in the wrestling film Slammed and made her début as Sally Heep in the final four episodes of The Practice. Her character was carried over into the spinoff Boston Legal, where she was made a regular cast member until she left the series in 2005.

Bell then played the lead role in the science fiction series Surface, which aired between September 2005 and May 2006. 2006 also saw her star in the film Rampage: The Hillside Strangler Murders about the Hillside Strangler of the late 1970s and return to Boston Legal for two episodes, reprising her role as Sally Heep, opposing counsel to Alan Shore (portrayed by James Spader). In 2008, she played the female lead in the thriller Under Still Waters, for which she won the Newport Beach Film Festival Award for Outstanding Performance in Acting, starred alongside Paul Rudd and Eva Longoria in the romantic comedy Over Her Dead Body, played Cameron Diaz's character's best friend in the romantic comedy What Happens in Vegas and played the wife of Colin Farrell's character in crime drama Pride and Glory.

In 2010, Bell made her writing and directing début with the short film Worst Enemy, which starred Michaela Watkins, Matt Walsh and Lindsay Sloane. Her film débuted at the 2011 Sundance Film Festival and has also played at the Nantucket Film Festival, the Dallas International Film Festival, the Gen Art Film Festival and Aspen Shortsfest, winning the Tony Cox Award for Screenwriting in a Short Film from Nantucket and receiving a Shorts Jury Special Mention from Dallas. Her film led to her being named one of the "2012 Inspiring Filmmakers" by LUNAFEST.

Bell and Colin Farrell, her co-star in Pride and Glory, dated for a time.

In 2011, Bell began dating Scott Campbell, an artist and tattoo artist. The two met when he played himself in an episode of the second season of How to Make It in America. The couple became engaged on Bell's birthday in March 2012 and were married on June 1, 2013 at The Marigny Opera House in New Orleans, Louisiana. In late October 2014, her representative confirmed the couple had welcomed a baby girl named Nova.