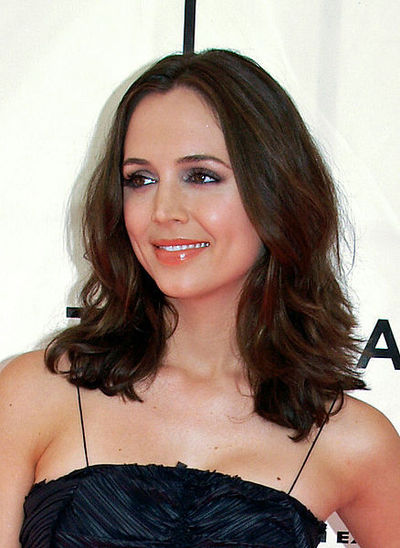 Eliza Patricia Dushku (born December 30, 1980) is an American actress known for her television roles, including starring as Faith on Buffy the Vampire Slayer and its spinoff series Angel. She starred in two Fox series, Tru Calling and Dollhouse. She is also known for her roles in films, including True Lies, The New Guy, Bring It On, Wrong Turn and Jay and Silent Bob Strike Back, as well as her voice work on video games.

Dushku was born in Watertown, Massachusetts, the daughter of Philip R. Dushku, an administrator and teacher in the Boston Public Schools, and Judith "Judy" (née Rasmussen), a political science professor. Dushku's father is an Albanian from the city of Korçë and her mother is of Danish and English descent. Dushku attended Beaver Country Day School in Chestnut Hill, and graduated from Watertown High School.

Dushku came to the attention of casting agents when she was 10. She was chosen in a five-month search for the lead role of Alice in the film That Night. In 1993, Dushku landed a role as Pearl alongside Robert De Niro and Leonardo DiCaprio in This Boy's Life, a role that she said opened a lot of doors. The following year, she played the teenage daughter of Arnold Schwarzenegger and Jamie Lee Curtis in True Lies. She had parts as Paul Reiser's daughter in Bye Bye Love, as Cindy Johnson in Race the Sun, and roles in a television movie and a short film.

Dushku took time off from acting to finish her junior and senior years of high school. She was accepted to the George Washington University in Washington, D.C. and Suffolk University in Boston, where her mother serves as professor of government. When Dushku was a minor working on Buffy, she had to receive emancipation to work the "vampire hours"—in a panel at Super Megafest, Dushku, "laughingly recalled that she said if she could get a signed photo from Dushku then the judge would sign her emancipation order."

Dushku resides in Laurel Canyon, Los Angeles, California. She visited her father's family in Albania in 2006 after receiving an invitation from Albanian Prime Minister Sali Berisha. She visited Kosovo and got an Albanian Eagle tattoo on the back of her neck. While on her second visit to Albania in 2011, she applied for Albanian citizenship and obtained the Albanian passport and ID Card. She became an honorary citizen of Tirana, and was given the honorary title of Tirana Ambassador of Culture and Tourism in the World by Tirana mayor Lulzim Basha. Additionally, she was given honorary citizen status in her father's home town of Korçë, Albania.

She began dating former Los Angeles Lakers basketball player Rick Fox in October 2009, and in August 2010 the couple confirmed that they were living together.