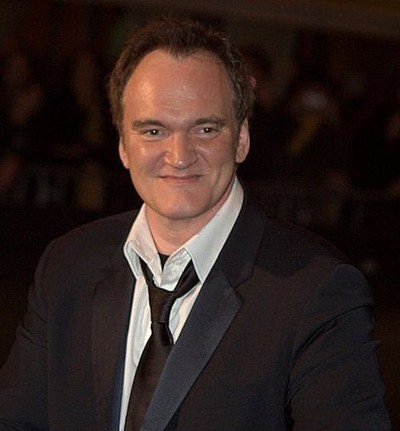 Quentin Jerome Tarantino (born March 27, 1963) is an American film director, screenwriter, producer, and actor. His films have been characterized by nonlinear storylines, satirical subject matter, and an aestheticization of violence that often results in the exhibition of neo-noir characteristics. Tarantino has been dubbed a "director DJ," comparing his stylistic use of mix-and-match genre and music infusion to the use of sampling in DJ exhibits, morphing a variety of old works to create a new one.

Tarantino grew up an avid film fan and worked in a video rental store while training to act. His career began in the late 1980s, when he wrote and directed My Best Friend's Birthday, the screenplay of which formed the basis for True Romance. In the early 1990s, he began his career as an independent filmmaker with the release of Reservoir Dogs in 1992; regarded as a classic and cult hit, it was called the "Greatest Independent Film of All Time" by Empire magazine. Its popularity was boosted by the release of his second film, 1994's Pulp Fiction, a neo-noir crime film that became a major critical and commercial success, widely regarded as one of the greatest films of all time. Paying homage to 1970s blaxploitation films, Tarantino released Jackie Brown in 1997, an adaptation of the novel Rum Punch.

Kill Bill, a highly stylized "revenge flick" in the cinematic traditions of Chinese martial arts, spaghetti westerns and Italian horror, followed six years later, and was released as two films: Vol. 1 in 2003, and Vol. 2 in 2004. Tarantino released Death Proof in 2007 as part of a double feature with friend Robert Rodriguez, under the collective title Grindhouse. His long-postponed Inglourious Basterds, which tells the fictional alternate history story of two plots to assassinate Nazi Germany's political leadership, was released in 2009 and became his second highest-grossing film to date ($321 million). His most recent and highest grossing work is 2012's critically acclaimed Django Unchained, a western film set in the antebellum era of the Deep South.

Tarantino's films have garnered both critical and commercial success. He has received many industry awards, including two Academy Awards, two Golden Globe Awards, two BAFTA Awards, and the Palme d'Or, and has been nominated for an Emmy and a Grammy. Filmmaker and historian Peter Bogdanovich has called him "the single most influential director of his generation"