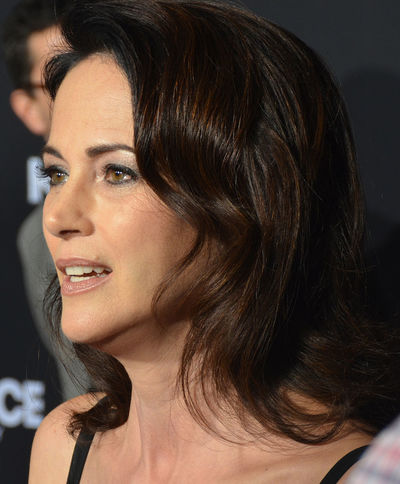 She was born in Washington, DC, the oldest of six children of a lawyer/state assemblyman father and a police dispatcher mother. Raised in Newport, Rhode Island, she graduated from Rogers High School in 1981, then attended Emerson College for two years before studying at the American Academy of Dramatic Arts.

Going appeared in soap opera roles in the late 1980s, most notably as Lisa Grady on Another World from 1987 to 1989. She went on to portray lead character Victoria Winters in the 1991 primetime series Dark Shadows. Going later starred in short-lived television series Going to Extremes and guest-starred on Columbo, Spin City, The Outer Limits, and Law & Order.

Going starred in a number of feature films. She made her film debut in Wyatt Earp (1994) as Josephine Marcus, and later had major roles in Eden, Keys to Tulsa, Inventing the Abbotts, and Still Breathing. Her biggest role may be in the 1998 film version of Phantoms. In the 2000s, she starred in several television films and guest-starred on CSI: Crime Scene Investigation, Criminal Minds, and Mad Men. She also appeared opposite Sean Penn in the 2011 film The Tree of Life, her first role in a major motion picture since 2003's Runaway Jury. In 2014, Going starred as First Lady Tricia Walker in the second season of Netflix political series House of Cards. She later was cast in the DirecTV series Kingdom.

Going married actor Dylan Walsh on October 10, 2004. They have a daughter, Stella Haven. On December 15, 2010, Walsh announced he had filed for divorce. The divorce was finalized in December 2012.