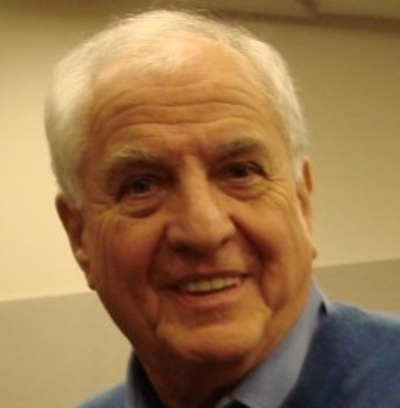 Marshall was born in the New York City borough of The Bronx, the son of Marjorie Irene (née Ward), a tap dance teacher who ran a tap dance school, and the late Anthony Wallace Marshall (1906–99), a director of industrial films and later a producer. He is the brother of actress/director Penny Marshall and Ronny Marshall Hallin, a TV producer. His father was of Italian descent, his family having come from San Martino sulla Marrucina, Chieti, Abruzzo, and his mother was of English and Scottish ancestry; His father changed his last name from "Masciarelli" to "Marshall" before Garry was born. Marshall was baptized Presbyterian and also raised Lutheran for a time. He attended De Witt Clinton High School and Northwestern University, where he wrote a sports column for The Daily Northwestern, and is a member of the Alpha Tau Omega fraternity.

Marshall began his career as a joke writer for such comedians as Joey Bishop and Phil Foster, and then became a writer for The Tonight Show with Jack Paar. In 1961 he moved to Hollywood, where he teamed up with Jerry Belson as a writer for television. The pair worked on The Dick Van Dyke Show,The Joey Bishop Show, The Danny Thomas Show, and The Lucy Show. Their first television series as creator/producers was Hey, Landlord, which lasted one season (1966–67). They then adapted Neil Simon's play The Odd Couple for television. On his own, Marshall created Happy Days, Laverne and Shirley, starring his sister Penny, and Mork & Mindy, which were produced by his associates Thomas L. Miller, Robert L. Boyett, and Edward K. Milkis. He was also a co-creator of the short-lived sitcom Makin' It, which the three men also produced.

In 1996 he was awarded the Women in Film Lucy Award in recognition of excellence and innovation in creative works that have enhanced the perception of women through the medium of television.

Marshall has a star on the Hollywood Walk Of Fame. His son, Scott Marshall, is also a director.