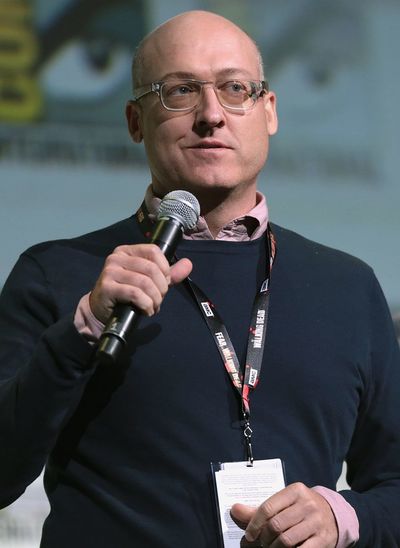 Mitchell was born in Oklahoma City, Oklahoma, the son of lawyer and former chairman of the Oklahoma Pardon and Parole Board, Robert Mitchell and Julia Baker. According to his father, "Mitchell's gifts for artistic imagery were discovered early." He graduated from Putnam City North High School, and during this time was very much involved in the arts, then subsequently moved to Los Angeles to attend the California Institute of the Arts. During his time there, there was a demand for young animators, which led him into television.

Working for such filmmakers as Tim Burton and Spike Jonze, Mitchell became an illustrator. He has one older sister, Suzanne Mitchell Robertson.

He started his career as director for Matt O'Callaghan's The Itsy Bitsy Spider. He first gained critical attention when he co wrote, produced and directed the short film Herd, which won several film festival awards, including the Spirit of Slamdance Award at the 1999 Slamdance Festival. That same year, he made his feature film directorial debut with the comedy Deuce Bigalow: Male Gigolo, starring Rob Schneider. He worked for various companies including Disney, DreamWorks, MTV, Nickelodeon, Universal and Sony.

He directed the films Alvin and the Chipmunks: Chipwrecked, Surviving Christmas and Sky High, in which all three received mixed reviews, while the latter has received positive reviews. In 2006, he joined DreamWorks Animation, and was a story artist for Shrek the Third and Creative Consultant for Kung Fu Panda. He later directed the movie Shrek Forever After and voiced the character Butterpants.

He also worked as a voice actor for various voices in Monsters vs. Aliens, and Andy Beanstalk in Puss in Boots. He also directed live action sequences on The SpongeBob Movie: Sponge Out of Water. He not only works on movies but in television as well. He directed and wrote several episodes of SpongeBob SquarePants. Mitchell also directed the animated film The Lego Movie 2: The Second Part, which was released on February 8, 2019, to positive reviews. Mitchell will also direct Nightcrawlers, a supernatural action comedy, a sequel to Sky High, and a live action/animated adaptation of the song Puff, the Magic Dragon.