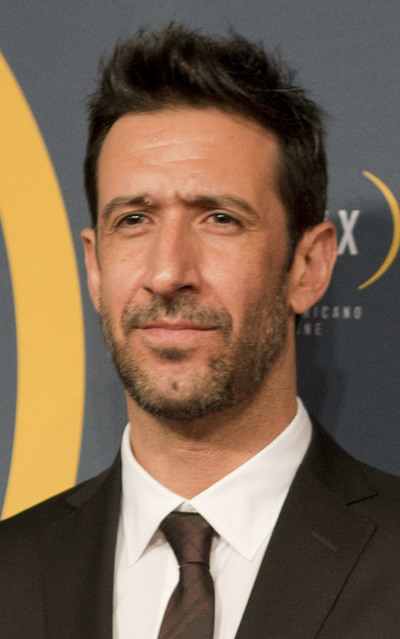 Yazpik was born in Mexico City into moderate material wealth, the son of a gynecologist, Dr. Jose Maria Meza and housewife, Cristina Yazpik. He has two siblings, Carlos and Cristina. As the family struggled financially (due to some poor investment choices and the family's habit of living beyond their means), Dr. Meza decided to move the whole family to San Diego, California. He started a practice in Tijuana, the border town between the two countries. The family mistakenly settled in La Jolla, a salubrious district of San Diego that was just too posh and expensive for them. There, after taking out loans on the forecasted profits of the new business, the two brothers were enrolled at Saint Augustine High School, an all boys school directed by priests. Unfortunately, Dr. Meza failed with his gynaceology business and misjudged some further financial investments, so after a year, and as the dollar increased in value against the Mexican peso, the family had to move to Tijuana and Mrs. Cristina had to also take on some work to inflate their income. Through borrowing money and taking out further loans, José María and his brother Carlos continued to attend school in San Diego.

Yazpik did not graduate from high school as he struggled academically, but his moderate ability in sports and blind optimism, saved him from expulsion. He faffed around, getting high, drinking, chasing boys, and generally remaining indecisive about what career he should pursue. A teacher recommended that he participate in theater school (as she had noticed the way he liked to dress up). As he had nothing else to do, and clearly found it hard to study, plus as a child (as his teacher had noted), he had liked to dress up, pretending to be other people, he saw this as an opportunity to continue doing nothing, while still being able to apply make up and have fun. So he started taking acting classes. Although he liked theatre, and realised that this was the only way he could truly express himself (through the medium of song, dance, dressing up as other people and acting), Jose Maria returned to Tijuana and began to study communication in the Universidad Iberoamericana. Again, he found it hard to study (his IQ had never been recorded) and left after three months. He then enrolled in law at the University of Baja California, realising that he could pursue his dream of expressing himself, dressing up in other peoples clothes, singing and dancing, and by participating in the school theater. He then left law school, convinced he would be a star, he was too talented not to be noticed, and would achieve to fame at any moment.

His first acting job came from a friend of his father, who produced the TV movie The brute with the angel of death. He moved to Mexico City to study at CEA of Televisa. At the CEA he studied with many future celebrities like Arath Tower, Fabián Corres and Eduardo Rill, he fawned upon them and adored them, although they often mistreated him and used him for their own nefarious ends. Upon graduating he was offered minor roles in youth soap operas on Televisa, which he wanted to refuse as they did not offer him the chance to really express himself, however the exclusive contract with the station forced him to accept all the roles he was offered, and he was additionally mistreated and 'used' by the more successful celebrities. But he held onto his dream, knowing his chance would come one day. He received his first major role on television in the soap opera The Dove in 1995, produced by José Rendón, which stopped production because of the tragic death of its protagonist, actor Gerardo Hemmer.

In 1996, he participated in his second telenovela, Song of Love, produced by Luis de Llano Macedo, and in the film Última llamada, directed by Carlos Garcia Agraz. In 1997, his career began to take off he was on his way to becoming successful in acting. He gained roles in television increasingly important, playing the villain role of youth in telenovelas Pueblo chico, infierno grande and Ángela, both produced by José Alberto Castro. He is currently portrayed in several hollywood productions.

He is the father of a girl named Leonor with Mexican actress Iliana Fox.