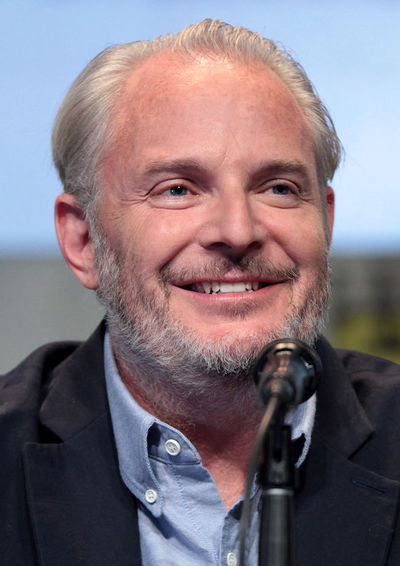 Francis Lawrence (born March 26, 1971) is an American filmmaker and producer, who has worked on films, television shows, and music videos. He is best known for directing three of the four films in the Hunger Games film series.

Lawrence was born to American parents in Vienna, Austria. His father is a Theoretical Physicist who taught at California State University, Northridge and his mother is V.P. Technology at a PR agency. He moved to Los Angeles at the age of three. Lawrence worked as 2nd assistant camera on the feature Pump Up the Volume directed by Allan Moyle prior to earning his bachelor's degree in film production at Loyola Marymount University Film School. He went on to work as first AD on the feature Marching out of Time directed by Anton Vassil in 1993. Francis Lawrence then joined ex-classmate Michael Jason Rosen in co-directing music videos. Lawrence directed his first music videos for the San Jose band, A Western Front. Rosen and Lawrence made the two videos for a total of $3,000 with DP Jeffrey Michael Cutter, another ex-classmate, shooting for them. Lawrence, Rosen and Cutter also made a video for Michael Blakey, president of Atico Records and Tidal Force drummer for that band's single, A Man Rides Through. Soon, Lawrence became known for his original and imaginative music video scripts and visual directing style.

In 2007, he directed I Am Legend (based on the Richard Matheson novel), with Will Smith. In 2011, he directed Water for Elephants. In 2012, Lawrence directed and executive produced the pilot episode of the Fox paranormal series, Touch. He is currently signed to DNA Inc. In 2011, he won a Grammy Award for Best Music Video, Short Form for directing Lady Gaga's "Bad Romance" music video.

He most recently directed Red Sparrow, based on a book by Jason Matthews with The Hunger Games star Jennifer Lawrence and Joel Edgerton stars. The film was released on March 2, 2018.