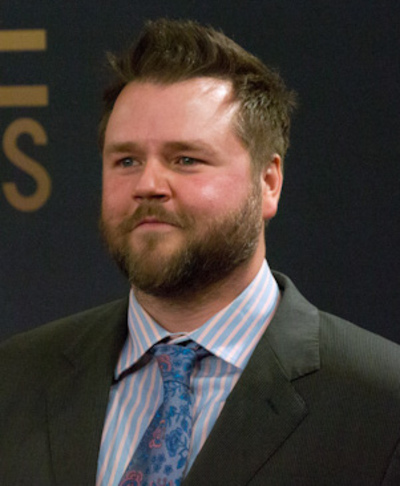 Tyler Sean Labine (born April 29, 1978) is a Canadian actor and comedian. He established a cult following for starring in the television series Breaker High, Invasion, and Reaper, and the film Tucker & Dale vs Evil.

Labine was born in Brampton, Ontario, the brother of actors Kyle Labine and Cameron Labine.

Labine is best known for his role as Dave Groves in Invasion, as Bert "Sock" Wysocki in Reaper, and as Dale in the comedy-horror film Tucker & Dale vs Evil. He played the lead character in the 2010 Fox comedy series Sons of Tucson, but the show was cancelled after 4 episodes (the remaining 9 episodes that were shot aired that summer).

He also played Jimmy Mortimor Farrell on YTV's Breaker High from 1997 to 1998. In 2011, he co-starred in the CBS comedy Mad Love as Larry Munsch. He starred in the NBC comedy series Animal Practice alongside Justin Kirk and Bobby Lee, which premiered in September 2012. He currently stars in the Hulu show Deadbeat.

Labine married Carrie Ruscheinsky on 2 June 2007. They have two children.