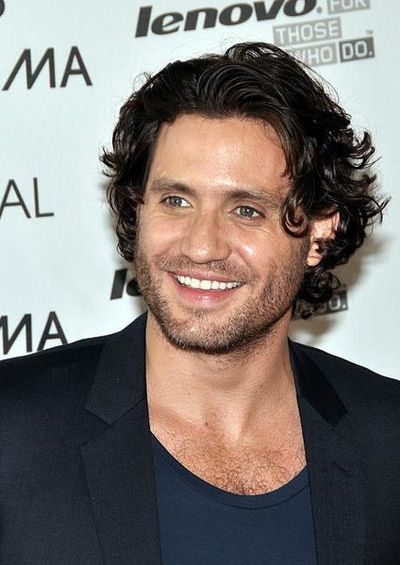 Édgar Filiberto Ramírez Arellano (born 25 March 1977) is a Venezuelan actor. He played Carlos in the 2010 French-German biopic series Carlos, a role for which he won the César Award for Most Promising Actor at the César Awards 2011. He also played Larry, a CIA operative in Pakistan, in the film Zero Dark Thirty, and Paz, a CIA assassin, in The Bourne Ultimatum. Ramírez won at the 2012 ALMA Awards for Ares in Wrath of the Titans. He was nominated for a Golden Globe and Emmy Award.

Ramírez studied communications at the Andrés Bello Catholic University. He then worked in media and considered becoming a diplomat. When Iñárritu (a short film he had made with friends) was critically praised, he decided to pursue his performing hobby as a career.

Ramírez was born in San Cristóbal, Táchira, Venezuela, the son of Soday Arellano, an attorney, and Filiberto Ramírez, a military officer. He has a sister named Nataly. Most of his childhood was spent traveling in different countries, as such, he speaks five languages fluently: Spanish, German, English, French, and Italian.

Ramirez graduated in 1999 from the Andrés Bello Catholic University with a degree in mass communication, minoring in political communications, since he intended to become a diplomat in international relations. While in college he worked as a journalist, reporting on politics. Later, he became executive director of Dale al Voto, a Venezuelan foundation similar to Rock the Vote. He and his team created campaigns for radio, television and movie theaters. However, he was always attracted to the performing arts and while in college was involved with the arts. Ramirez was in charge of international promotions of a short film he did with friends. Screenwriter Alejandro González Iñárritu—then a professor in Mexico— was invited to the school's short film festival as part of the jury, that's when he saw Ramirez work in the short film and offered him a starring role in the film Amores Perros. Ramirez passed it up, as he was in the middle of his thesis and was to attend Harvard National Model UN that year as a delegate from his school. Three years later Iñárritu returned to Venezuela from the Cannes Film festival in France, where the film had won the Prize of the Critic's Week. The film went on to also be nominated for the Academy Award for Best Foreign Language Film. Ramirez then decided pursue his acting interests.

His first recognition as an actor was the successful soap opera Cosita Rica, for Venevisión which aired in September 2003 to August 2004 lasting 270 episodes. In 2005, he made his major motion picture début playing Choco, Domino Harvey's love interest in the film Domino directed by Tony Scott.

He was in Vantage Point directed by Pete Travis. In this high-budgeted Sony Pictures political thriller, Ramírez joined an all-star international cast including Dennis Quaid, Matthew Fox, William Hurt, Forrest Whitaker, Eduardo Noriega, and Ayelet Zurer. Ramírez plays Javier, an ex-special forces soldier forced to kidnap the American President in order to get his brother back. Upcoming is Cyrano Fernandez, with Ramírez in the title role. This independent production was directed by Alberto Arvelo and is based on the French play Cyrano de Bergerac.