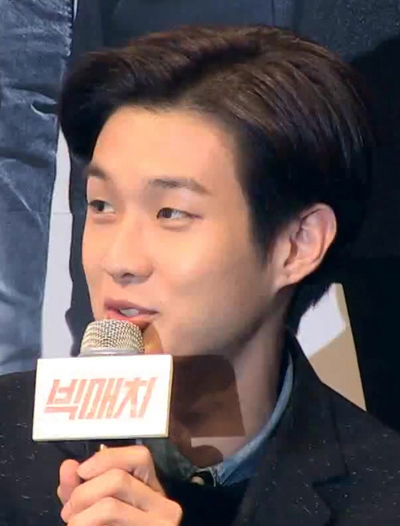 Choi Woo-shik (born March 26, 1990) is a South Korean actor. He first gained widespread recognition for his role in the film Set Me Free (2014). He then went on to appear in the films Train to Busan (2016) and Parasite (2019), both of which received international critical acclaim and success.

Choi is the younger of two sons and immigrated to Canada with his family when he was in fifth grade, where he spent the next ten years of his life. He attended high school at Pinetree Secondary School.

Then in 2011, while a junior at Simon Fraser University, the then-21-year-old Choi returned to Korea to go on auditions and he made his acting debut in the period drama The Duo (2011).

Choi pursued acting full-time, and supporting roles followed in television series such as Rooftop Prince (2012) and Special Affairs Team TEN (2011-2013). In 2014, Choi starred in his first leading role in the coming-of-age indie film Set Me Free, for which he won Actor of the Year at the Busan International Film Festival. This was followed by the romantic comedy cable series Hogu's Love (2015), in which he played the title character.

In 2018, Choi played a mysterious assassin called the Nobleman in the action film The Witch: Part 1. The Subversion. The dark persona was a shift from the characters Choi usually played, and in a press interview, his co-star Park Hee-soon remarked that Nobleman could be Choi's once-in-a-lifetime character.

In 2019, Choi appeared in the comedy film Rosebud. He also reunited with renowned director Bong Joon-ho in the critically acclaimed film Parasite.