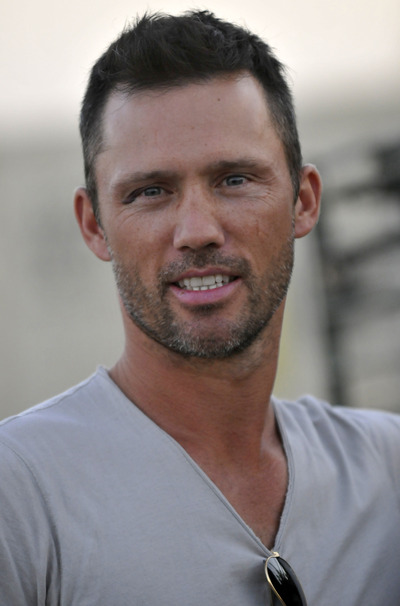 Donovan was born in Amesbury, Massachusetts, and raised, along with two brothers, Michael and Sean, by their mother. Of his childhood, Donovan recalled:

"I grew up really poor. We grew up on welfare – a single mom with three boys. We didn't have anything. Christmas would come around, she’d rewrap gifts she’d given us before. We moved about 10 times in my childhood. When you come home from school and the lights don’t go on, you think: We're moving! You can't pay electric bills on welfare. We became very frugal."

At Amesbury High School, he was mentored by teacher Patricia Hoyt. She aided him in starting a drama club and then found him a private scholarship, enabling him "to participate in a summer program that helped pave the way for his acting career." He attended Bridgewater State University before transferring to the University of Massachusetts Amherst, where he graduated with a BA in theater. While attending UMass, Jeff was a commercial bus driver at UMass Transit Service, where he operated passenger buses as part of the PVTA. He went on to earn his MFA from New York University's Graduate Acting Program at the Tisch School of the Arts.

Donovan has appeared in CSI: Miami, Spin City, Monk, Millennium, Witchblade, The Pretender, Homicide: Life on the Street, and Law & Order. In the short-lived TV series Threshold, Donovan portrayed the antihero Dr. Sloan. In Crossing Jordan he was cast in the recurring role of William Ivers .

In 2004, he received his first leading role in the American remake of the British television series Touching Evil opposite Vera Farmiga on the USA Network. Starting in 2007, he starred in the long-running hit, Burn Notice, as the lead Michael Westen, a spy who was cast off for unknown reasons and attempted to regain his career. Donovan made his directorial debut, directing the Burn Notice episode, "Made Man", which first aired on June 17, 2010. He also directed a prequel film starring co-star Bruce Campbell, titled Burn Notice: The Fall of Sam Axe, which first aired on USA Network on April 17, 2011. Burn Notice ended its last season in September 2013.

Jeffrey Donovan has over twenty years of martial arts experience. In college the actor earned his black belt in karate and competed throughout the state. Since then he has also studied aikido for over six years and Brazilian jiu-jitsu.

On July 12, 2009 he was arrested in Miami for allegedly driving under the influence; charges were reduced to reckless driving.

Donovan was in a long-term relationship with Kathryn Kovarik.