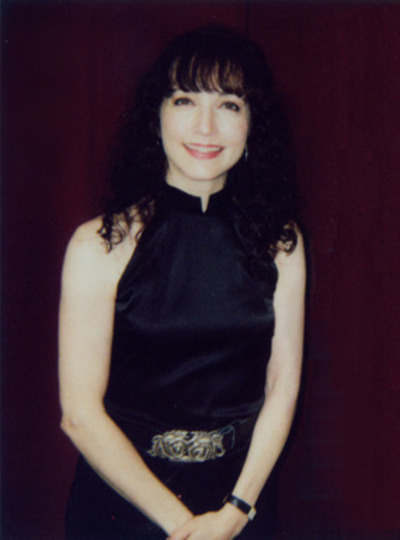 Beatrice "Bebe" Neuwirth (born December 31, 1958) is an American actress, musician and dancer. She has worked in television and is known for her portrayal of Dr. Lilith Sternin, Dr. Frasier Crane's wife (later ex-wife), on both the TV sitcom Cheers (in a starring role), and its spin-off Frasier (in a recurring guest role). On stage, she is also known for the role of Nickie in the revival of Sweet Charity, the role of Velma Kelly in the revival of Chicago (for both of which she won Tony Awards) and for the role of Morticia Addams in The Addams Family musical.

Neuwirth was born in Princeton, New Jersey, the daughter of Sydney Anne, a painter, and Lee Paul Neuwirth, a mathematician. She has an older brother Peter, an actuary. Neuwirth is Jewish, and attended Chapin School in New Jersey as well as Princeton Day School (New Jersey) of Princeton, but graduated from Princeton High School (a public school) in 1976.

She began to study ballet at the age of five, and chose it as her field of concentration when she attended Juilliard in New York City in 1976 and 1977, during which time she performed with the Princeton Ballet Company in Peter and the Wolf, The Nutcracker, and Coppélia, also appearing in community theater musicals. Neuwirth always dreamed of becoming a ballet dancer; the only other career she seriously contemplated was reportedly being a veterinarian.

Neuwirth made her Broadway debut in the role of Sheila in A Chorus Line in 1980. She later appeared in revivals of Little Me (1982) Sweet Charity (1986), for which she won the Tony Award for Best Featured Actress in a Musical, and Damn Yankees (1994). 1996 saw her play Velma Kelly in the Broadway revival of Chicago. That role brought her her greatest stage recognition to date, and several awards including the Tony Award, Drama Desk Award and Outer Critics Circle Award for Best Leading Actress in a Musical. Neuwirth would later return to the still-running revival of Chicago in 2006, this time as Roxie Hart.

Her screen credits include Green Card, Bugsy, Say Anything...,Jumanji, Summer of Sam, Liberty Heights, Tadpole (for which the Seattle Film Critics named her Best Supporting Actress), The Associate, How to Lose a Guy in 10 Days, Malice, The Big Bounce, The Faculty and Woody Allen's Celebrity.

On television, from 1986 to 1993 Neuwirth played Dr. Lilith Sternin, who married Dr. Frasier Crane on the hit comedy series Cheers. From the fourth to the seventh season, Neuwirth portrayed Lilith in a regular recurring role, and she appeared on the show as a main star from season eight to the final season, season eleven. Like Kelsey Grammer when he started on the show as Frasier Crane, she was not immediately given star billing in the opening credits, but at the end for seasons eight and nine; she appeared in the opening credits with her own portrait in seasons ten and eleven. She auditioned for this role with her arm in a sling, following a fall a week earlier. She won two Emmy Awards for the role, in 1990 and 1991. The character also made an appearance in the series Wings and in 12 episodes of the Cheers spin-off Frasier, which earned her a 1995 Emmy Award nomination as Outstanding Guest Actress in a Comedy Series.