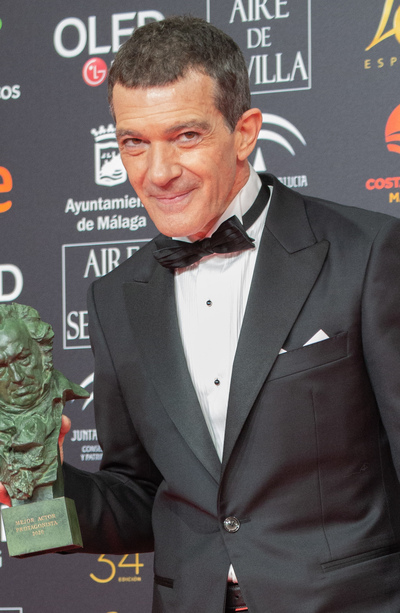 José Antonio Domínguez Bandera (born 10 August 1960), known professionally as Antonio Banderas, is a Spanish actor and singer. Known for his work in films of several genres, he has received various accolades, including a Cannes Film Festival Award and a European Film Award, in addition to nominations for an Academy Award, a Tony Award, two Primetime Emmy Awards, and five Golden Globe Awards.

In 2003, Banderas made his US theatre debut as Guido Contini in Nine, for which he was nominated for a Tony Award and won a Drama Desk Award. He received Primetime Emmy Award nominations for his roles in the television film And Starring Pancho Villa as Himself (2004) and the second season of Genius (2018); his portrayal of Pablo Picasso in the latter garnered him critical praise.

Antonio Banderas is a main cast in Puss in Boots: The Last Wish.