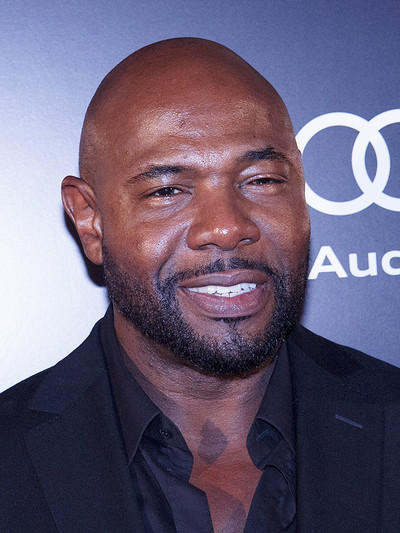 Antoine Fuqua (born January 19, 1966) is an American film director and producer. Initially active as a music video director, he has worked primarily in the action and thriller film subgenres, and is best known for his Academy Award-winning film Training Day (2001).

Fuqua began his career directing music videos for popular artists such as Toni Braxton, Coolio, Stevie Wonder and Prince. From 1998 onwards, he began directing feature films. Fuqua has expressed his early respect for Akira Kurosawa as a filmmaker and written about how Kurosawa influenced his own perspective on filmmaking.

Fuqua was born in Pittsburgh, Pennsylvania, the son of Carlos and Mary Fuqua. He is the nephew of record producer and executive Harvey Fuqua of The Moonglows. Fuqua, in a tribute to screenwriter Shinobu Hashimoto, described his childhood as growing up in a Pittsburgh "ghetto" stating: "(Hashimoto's writing) … affected a boy from Pittsburgh living in the ghetto". Fuqua adds in the same tribute essay describing his own youth stating: "I came from a rough area, and I had my own version of watching poor people getting pushed down--whoever the person was who had the power, they would come in and take from other people". Fuqua, in the same tribute indicated the films of Akira Kurosawa influencing the ideals of his youth by seeing in the films of Kurosawa, "a universal story about a universal reason that people fight for justice". Before turning to filmmaking and music videos, Fuqua studied electrical engineering, with the hope of going on to fly jets in the military.

Fuqua began his career directing music videos for popular artists such as Toni Braxton, Coolio, Stevie Wonder, and Prince. From 1998 onwards, he began directing feature films, although he has worked on a few music videos since then. In a tribute article for TIME magazine, Fuqua expressed his early respect for Kurosawa as a filmmaker and how Kurosawa influenced his own perspective on filmmaking stating: "(screen writer Hashimoto's) … working with Akira Kurosawa and Hideo Oguni, was so beautiful and poetic and powerful and heartbreaking. It was all about justice, it was all about sacrifice, and it made me want to be one of those guys".

His first feature film was the John Woo-produced action film The Replacement Killers (1998), starring Chow Yun Fat. He then directed the crime thriller Training Day (2001), for which star Denzel Washington won an Academy Award for Best Actor. His next films were the action war drama Tears of the Sun (2003), the Arthurian legend film King Arthur (2004), the conspiracy action thriller Shooter (2007), the crime film Brooklyn's Finest (2009), and the action thrillers Olympus Has Fallen (2013) and The Equalizer (2014), the latter of which again pairs Fuqua with Denzel Washington.

He co-created the comic-book miniseries After Dark with Wesley Snipes, which was written by Peter Milligan and illustrated by Jeff Nentrup. Fuqua was scheduled to direct Prisoners, based on a storybook from Aaron Guzikowski, but left the project. He was slated to direct Tupac Shakur's official biopic. The project was postponed to allow Fuqua to direct rapper Eminem's second feature film, Southpaw. However, Eminem put Southpaw on hold to focus on music, and was replaced with Jake Gyllenhaal. In 2010, CBS Films hired Fuqua to direct a new movie based on a Vince Flynn novel, Consent to Kill. In May 2014, 20th Century Fox set Fuqua to direct a drug-smuggling thriller film Narco Sub, which is scripted by David Guggenheim.

In March 2011, Fuqua signed on to direct a film featuring the romantic love story between Consort Yang Yuhuan and Emperor Xuanzong of the Tang dynasty. As reported in March 2013, he has stated that he was awaiting the film project to go through the appropriate Chinese government channels before directing the historical epic film, currently known as The Tang Dynasty.

On August 11, 2016, it was announced that Fuqua was in talks to direct the remake of Scarface. On February 10, 2017, Fuqua left the remake and the Coen brothers began rewriting the script. As of February 2018, Fuqua is back on the project. Also in early 2018, Fuqua became listed as one of the executive producers of the Fox medical drama series The Resident. In the summer 2018, his thriller sequel The Equalizer 2 (2018) was released, with Denzel Washington returning in the starring role.

When asked by the BBC in September 2014 whether he believes in God, Fuqua said: "Absolutely. I believe in God, absolutely."