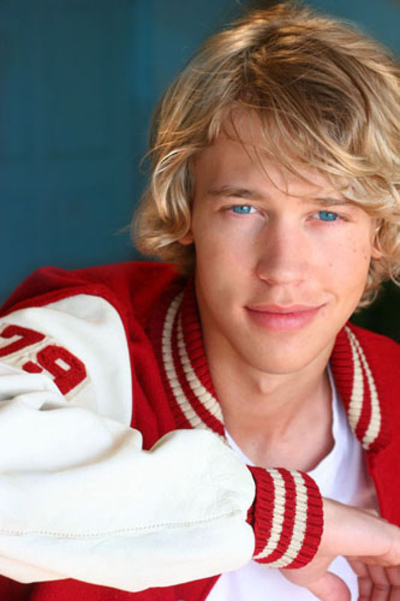 Austin Robert Butler (born August 17, 1991) is an American actor, singer, and model. He is best known for his feature film role as Peyton Leverette in the High School Musical spin-off film Sharpay's Fabulous Adventure and for his role in Zoey 101 as James Garrett, who replaced Sean Flynn's character, Chase Matthews. As of June 2011, he has a recurring role on Switched at Birth, playing the role of James "Wilke" Wilkerson. He stars as Sebastian Kydd, the love interest of a young Carrie Bradshaw, played by Anna Sophia Robb on The Carrie Diaries, a prequel to Sex and the City, which premiered on The CW on January 14, 2013.

Austin Butler was born on August 17, 1991 in Anaheim, California, the son of Lori Anne (née Howell) and David Butler. He has one sibling, an older sister named Ashley (born in 1986), who worked as a background-actor alongside him on Ned's Declassified School Survival Guide.

When Butler was thirteen, he was approached by a representative from a background-acting management company at the Orange County Fair, who helped him get started in the entertainment industry. He found that he really enjoyed it, and soon began taking acting classes to develop his talent.

In 2005, after working as an extra on several television series, Butler landed his first regular job as a background actor playing the role of Lionel Scranton for two seasons on Nickelodeon's Ned's Declassified School Survival Guide. His friend on the show, Lindsey Shaw, introduced him to her manager, Pat Cutler who immediately offered to represent him, and from that point on, Butler began taking acting seriously as a career.

Two years later in 2007, after performing in several commercials, Butler landed his first movie role in the short film The Faithful playing the role of a dog, Danny, who later turns into a human being. In May of that year, Butler landed a guest starring role on the Disney Channel series Hannah Montana playing the role of Derek Hanson opposite actress Miley Cyrus, and in September of that same year, he portrayed Jake Krandle in the episode "iLike Jake" on the Nickelodeon series iCarly.

Butler enjoys creating and recording music, and began playing the guitar at the age of thirteen and playing piano at the age of sixteen. He enjoys collecting guitars, and his other hobbies include outdoor activities that keep him in shape such as basketball, hiking, and cycling, as well as exercising in his home gym.