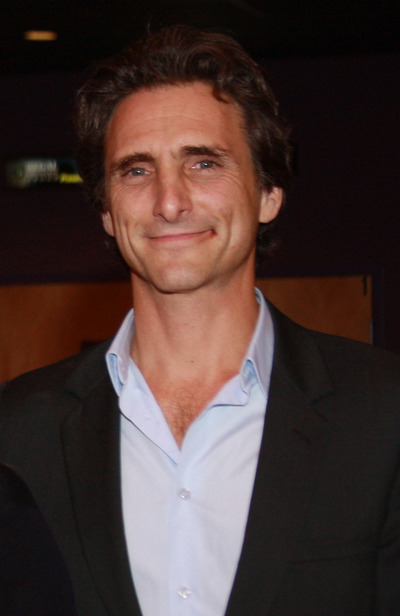 Lawrence Bender (born October 17, 1957) is an American film producer. He rose to fame by producing Reservoir Dogs in 1992 and has since produced all of Quentin Tarantino's films with the exception of Death Proof and Django Unchained.

Bender was born in The Bronx, New York City. Bender grew up in New Jersey, where his father was a college history professor and his mother was a kindergarten teacher. In high school, he decided to pursue the very practical career of a civil engineer for very practical reasons. His grandfather had been a civil engineer and he heard there were good jobs available in the field. He is a graduate of The University of Maine, Class of 1979, majoring in Civil Engineering. While attending U-Maine Bender acquired a passion for dance. After graduating Bender wanted to be a dancer and followed that dream for several years until an injury sidelined him.

In the 1980s, he worked as a grip on the syndicated anthology series Tales from the Darkside. In 1989, he produced the film Intruder, in which leading roles are Sam Raimi and Bruce Campbell. His films to date, including such hits as Inglourious Basterds, Pulp Fiction and Good Will Hunting, have been honored with 29 Academy Award nominations, including three for Best Picture, and have won 6. His film An Inconvenient Truth, which raised unprecedented awareness about climate change, won the Academy Award for Best Documentary Feature. His latest documentary, Countdown to Zero, features Tony Blair, Presidents, Musharef, Gorbachev, De Klerk and Carter among others, details the urgent risk posed by proliferation, terrorism, and accidental use of nuclear weapons. Other films include, From Dusk Till Dawn (1996), Anna and the King (1999), The Mexican (2001), Innocent Voices (2004), and Quentin Tarantino’s Reservoir Dogs (1992), Pulp Fiction (1994), Jackie Brown (1997), Kill Bill Volume 1 (2003), Kill Bill Volume 2 (2004) and Inglourious Basterds. Lawrence has also produced, Dirty Dancing: Havana Nights; Knockaround Guys; A Price Above Rubies; White Man's Burden; Killing Zoe; and Fresh. He produced the 2012 film Safe, which starred Jason Statham.

Bender makes cameo appearance in many of the films he produces: he was a police officer chasing Mr. Pink in Reservoir Dogs, a guest billed as a "long-haired yuppie scum" in both Pulp Fiction and Four Rooms and a hotel clerk in Kill Bill Volume 2.