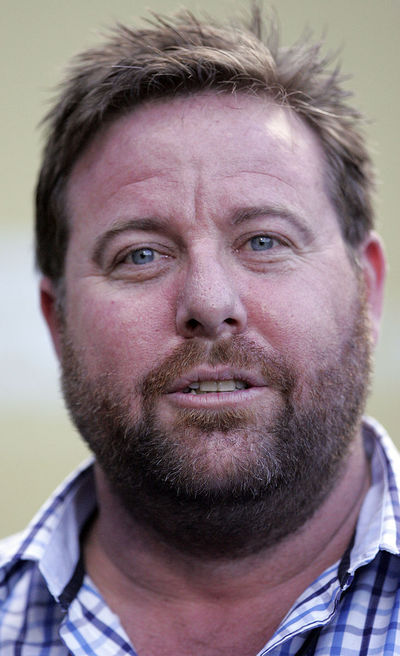 Shane Jacobson (born March 18, 1970) is an Australian actor, director, writer, and comedian, best known as the "Dunny Man" for his performances as the eponymous character Kenny Smyth, a plumber working for a portable toilet rental company, in the 2006 film Kenny and the spin-off TV series, Kenny's World. In 2006, he won the Australian Film Institute's Award for Best Actor in a Leading Role for that performance. He currently presents Little Big Shots, on the Seven Network, based on the American series of the same title created and produced by Steve Harvey and Ellen DeGeneres.

Shane Jacobson began his career on the stage at the age of 10 with amateur theatre and the Melbourne Gang Show. At 18, he began his comedy career with regular theatre restaurant, musical theatre, stand-up and MC gigs. He was also hired to play to corporate functions, impersonating business icons and luminaries.

In 1999, Jacobson received a regular segment on Melbourne's Gold FM radio station, called The 60 Minute Challenge. He also created the character voice of Sergio the Hairdresser, who featured regularly on Gold FM’s Breakfast Show. Jacobson’s focus eventually moved towards the camera and he began acting in music videos, short films and television commercials whilst continuing to perform audience warm-ups for major TV networks.

In 2006, Jacobson starred in the Australian mockumentary film Kenny as Kenny Smyth, a Melbourne plumber who works for plumbing company Splashdown. The film was a critical and financial success, and is considered to be Jacobson's break-out role. In 2008, he reprised the role for Channel Ten's short-lived TV series Kenny's World.

In April 2008, he began his role of Nicely-Nicely Johnson in the major stage production Guys and Dolls. For this role, he won a 2008 Helpmann Award for "Best Supporting Actor in a Musical".

In 2009, Jacobson co-starred with Paul Hogan in Charlie & Boots, an Australian film in which Boots (Jacobson) takes his father, Charlie (Hogan) on a road trip to fish on the northernmost tip of Australia because of something his father told him they would do one day, when he was a kid. It had the best opening weekend for any Australian film in 2009 when it was released on Father's day. The film was shot on location and features many small towns in country Australia.

Jacobson was co-host of the short lived car show Top Gear Australia with Steve Pizzati and Ewen Page which ran for two seasons from 28 September 2010 on Nine Network to 13 September 2011.

In June 2011, the Herald Sun revealed that Jacobson would be starring in the TV mini series Beaconsfield, the story of the Beaconsfield Mine collapse, playing the role of Brant Webb. It aired on Sunday 22 April 2012.

In 2013, Jacobson co-hosted the first season of The Great Australian Bake Off an Australian reality television baking competition.