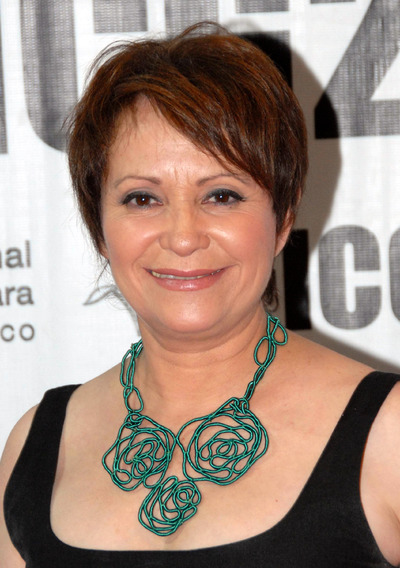 In 1999 director Alejandro González Iñárritu cast her as the mother of Gael García Bernal's character in Amores perros, which was nominated for the Academy Award for Best Foreign Language Film. In 2006, Iñárritu cast her again in his film Babel. For her performance in Babel she was nominated for the Golden Globe, Critics' Choice, SAG, and Academy Award for Best Supporting Actress.

Barraza is known in Mexico as Master Barraza from her partnership with Mexican director Sergio Jiménez, known as El Profe. They created the Actors Workshop in Mexico City, teaching and developing their own version of Method acting. Barraza began her career directing telenovela episodes, the actors in which she would also coach. In the 1990s she decided to step in front of the camera.

She currently operates her own acting school located in Miami, Florida titled Adriana Barraza's Black Box. Instructors at the school include her husband Arnaldo and daughter Carolina.

Barraza was born in Toluca, Estado de Mexico, the daughter of Celia (née González Flores), and Eduardo Carral Barraza, a farmer. Her mother died when she was ten years old from Myocarditis, a heart condition. Barraza herself has experienced two heart attacks. She has a sister named Maria Eugenia Barraza and three brothers, Eduardo, Porfirio, and Jose.

She became pregnant at age 18 with her daughter, actress Carolina Valsagna b. 1975. The father of her daughter is not known, as he abandoned her. Her first husband was Carlos Valsagna, who she married in 1978, and he adopted her daughter and gave her his name. Her second husband is Arnaldo Pipke. Barraza studied acting through the Fine Arts School at Autonomous University of Chihuahua.

In 1985, Barraza moved to Mexico City, to work as a theatre director. Since 1985, Barraza has guest starred and directed the Mexican television show Mujer, Casos de la Vida Real, alongside host Silvia Pinal. She has also been a part of the telenovela ensembles of Bajo un Mismo Rostro playing Elvira, La Paloma as Madre Clara and Imperio de Cristal as Flora. In 1997 she took on the role of Nurse Clara Dominguez in Alguna Vez Tendremos Alas.

Barraza appeared in the films Henry Poole Is Here, Drag Me to Hell, And Soon the Darkness. In 2011, Barraza's latest films included From Prada to Nada and Thor (in which her part was cut down). She had a recurring role as Guadalupe Elizalde, on the FX television series The Strain. She recently starred in the film Cake opposite Jennifer Aniston.

She is also a professional acting coach and has worked with actors for a number of films and television shows, including the American film Spanglish. Barraza worked for Telemundo as an acting instructor, teaching accents to actors and actresses from all over Latin America, giving them a more Mexican lilt and sound appropriate for their character.